Although we planned to drive from England to Spain over 4 days, we actually made it to Pago less than 60 hours after leaving Southampton.  We stuck fairly well to the route we had planned on Sunday morning, stopping in Luxembourg and Bern, but as we cracked on so well we missed out the stop in Girona in favour of getting to Pego much more quickly.

Arriving in Calais was much the same as any other time we have visited northern France.  The skies were grey and the atmosphere miserable.  We did not, yet again see any refugees, a question I am asked on a fairly regular basis.  As we drove through France we passed field upon field of sweetcorn, potatoes and what I believe the sign indicated to be swedes.

It always amazes me that landscapes do actually change in as we enter new countries.  As we reached Belgian more open green fields appeared. The first signs of autumn showed with fallen leaves scattered among the roads. The roads also became instantly less smooth than their counterparts in France.  We stopped in a roadside lay-by for lunch, a lasagne Helen had cooked for us which was still nice and hot (thanks, Helen!).  As we made our way to Luxembourg, Belgium failed to impress us.  Of course, much of this is the fact that we drove through it on the motorway.  It’s a country we need to go back to explore property (especially as it was the home of Darren’s Nan)

We made it to Luxembourg in plenty of time.  With no expectations or knowledge of the city, we parked up set off to explore.  As we head into one of the parks we could hear lots of excitable commotion, so followed our ears.  We came across perhaps the largest travelling fun fair the world has ever seen! 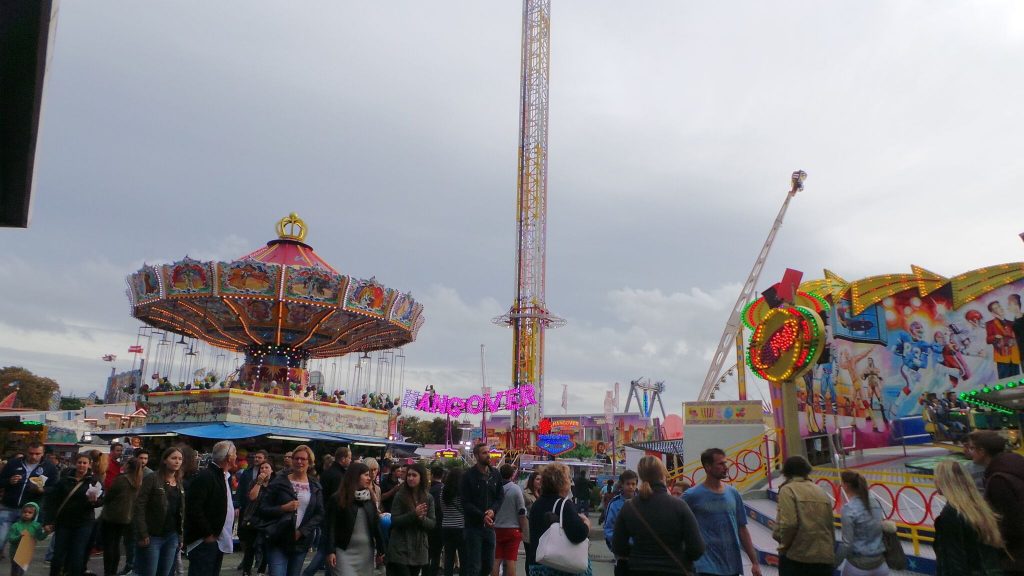 As we carried on exploring, we wandered through the pretty parks, and finally found the water features which had encourages us to stop where we did. 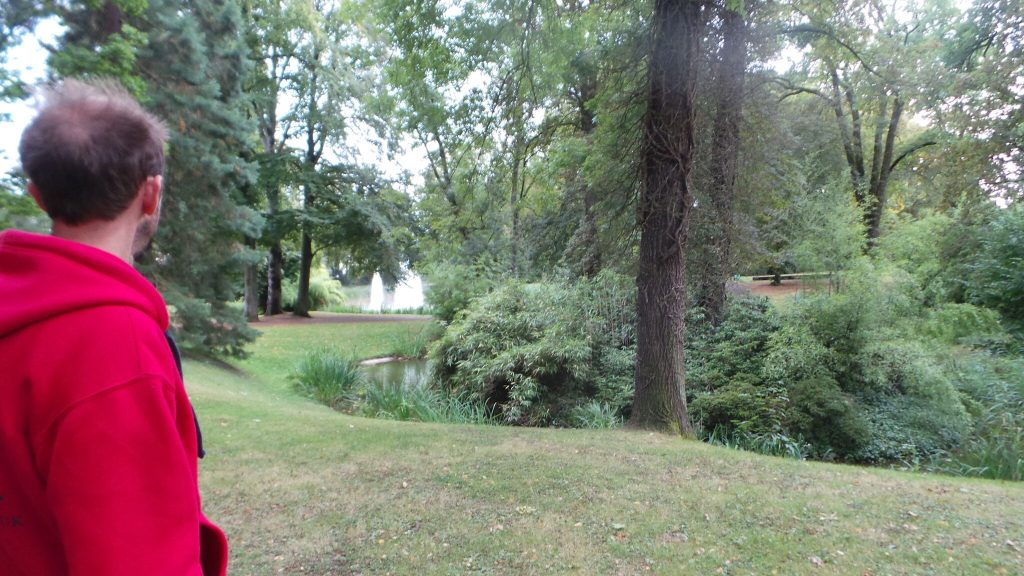 There is a fair bit of construction going on in Luxembourg at the moment, and we struggled with the signs and diversions.  As we walked through the city signs pointed in conflicting directions to the centre, so we never actually made it, but we enjoyed our wander round.  Many of the shops were shut anyway despite it being the capital city.  Oh, how to live in a place where Sunday is still a day of rest! 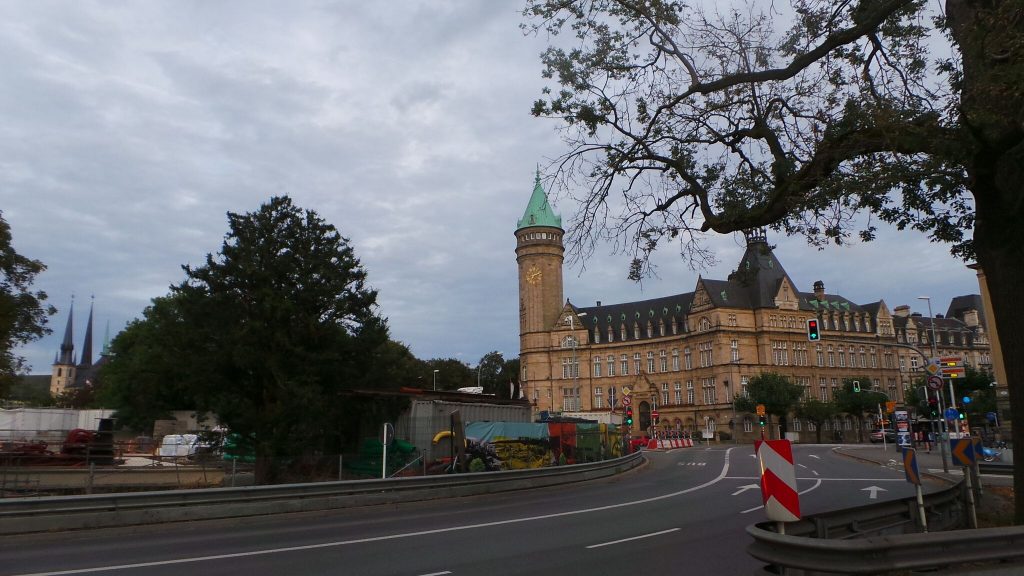 After dinner in another lay-by we cracked on with the journey, stopping as the weather turned.

We camped up the night in a very noisy and brightly lit service station, so got a few less than 40 winks we could probably have done with, but nothing a double Nespresso and cereal bar couldn’t fix.  Soon after getting on the road, the sat nav had an eppi fit and sent us on a magical mystery tour of the ‘D’ roads.  We managed to escape the brutally slow roads soon after, but not before we drove up close and personal to this pretty sunflower field. 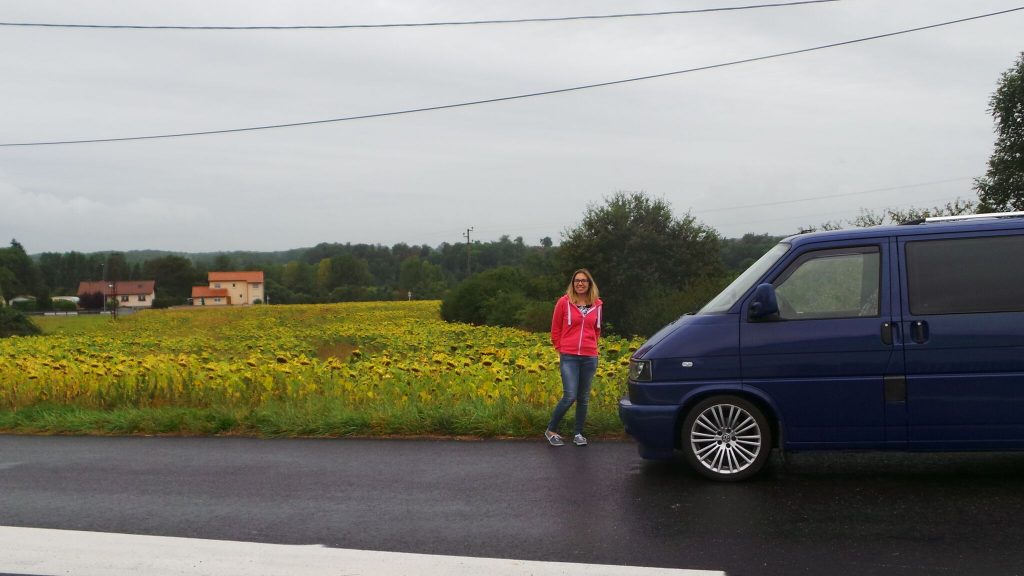 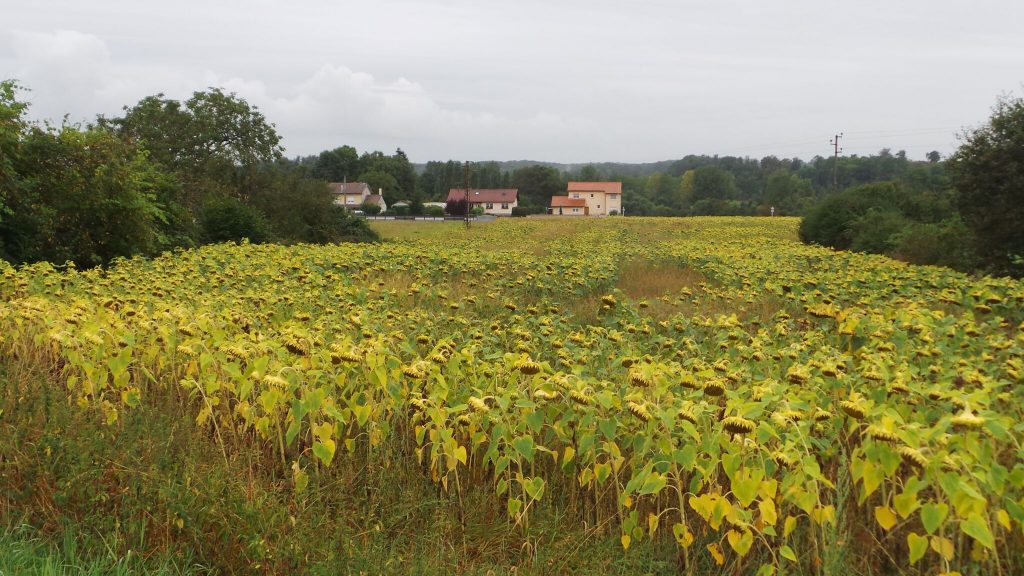 As we crossed the border into Switzerland just after mid day, we celebrated visiting our 30th country together!  Despite the weather being pretty gloomy, we could see that Switzerland is a very pretty little place.  Having no preconceptions of the place, I picked Bern as our destination.  As it turns out, Bern is the capital of Switzerland (I had no idea, even when visiting  – I wrongly assumed it was Zurich!)

Bern is absolutely beautiful.  It’s a UNESCO listed town, and with the exception of Singapore is the most cleanest place we have ever been. 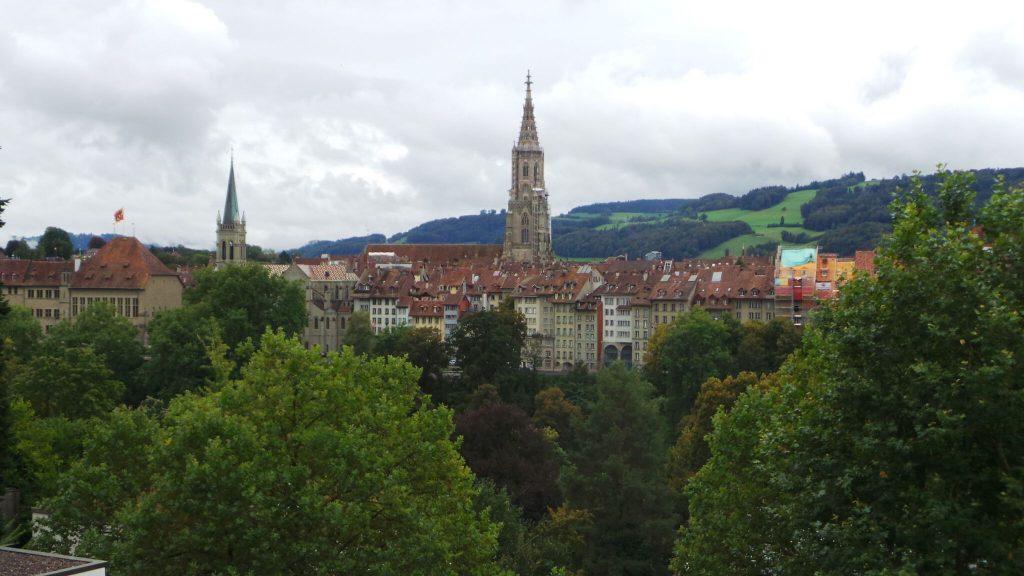 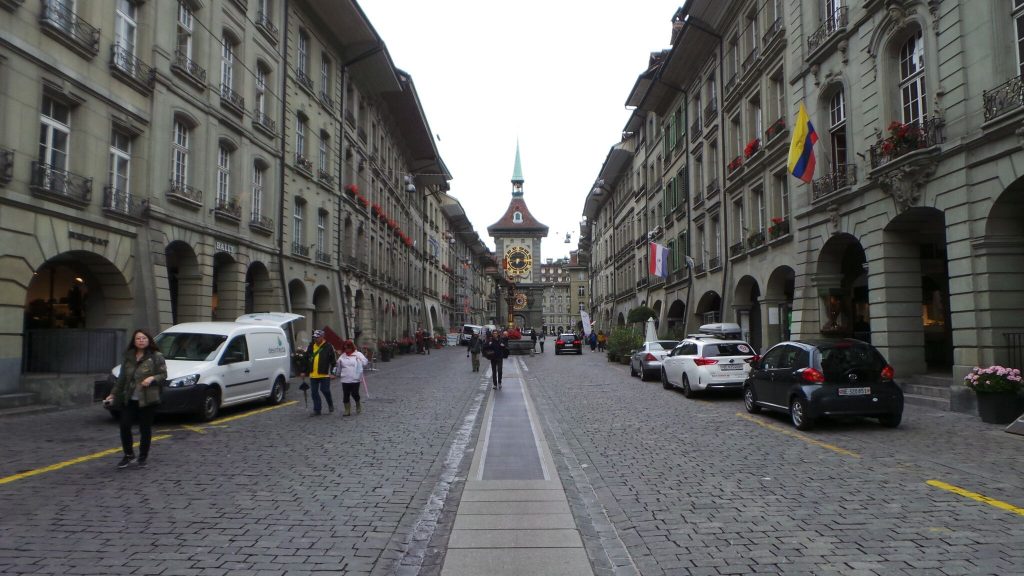 As we wandered through the cobbled streets we came across a bridge.  Looking over, Darren spottted a bear.  A real life grizzly bear.  Playing by the side of the river.  I’ve never seen a bear before. 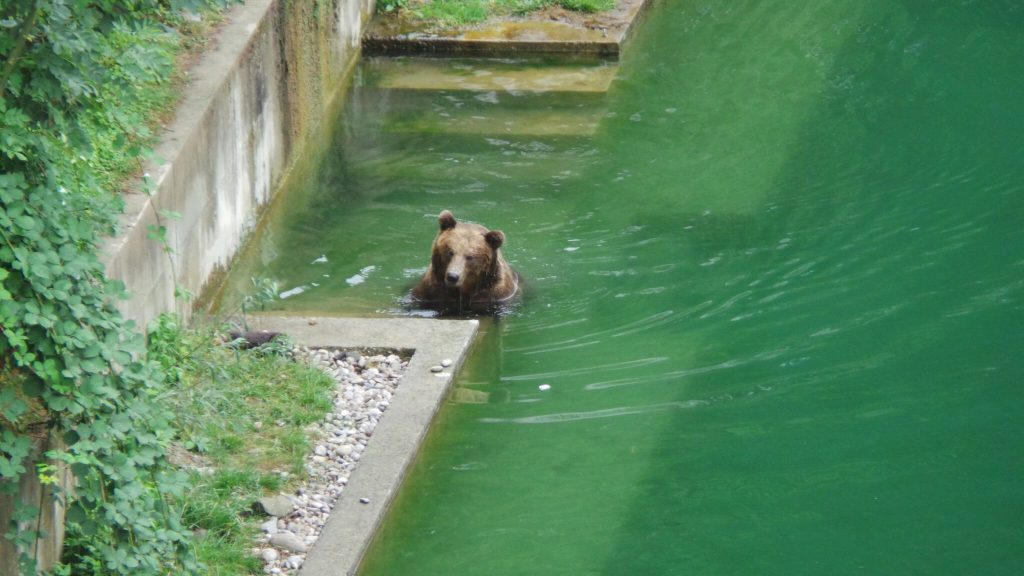 We popped over to have a look, and it turns out we had come across Bern Bear Park.  I’m not a fan of zoos and animals in enclosures, but these bears had so much room to enjoy! 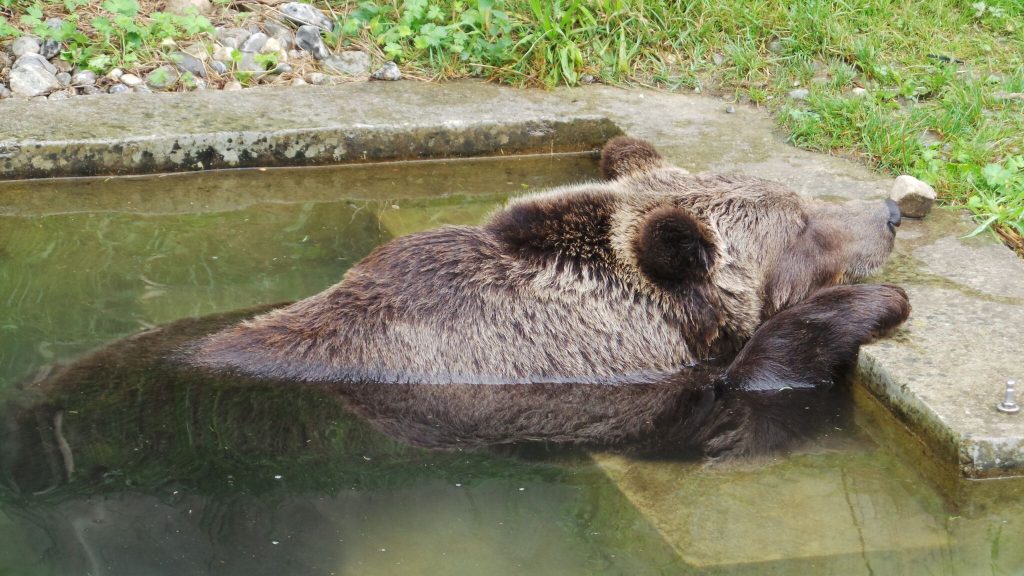 The weather held as we spent a few hours exploring the town, but we could sense the rain, and having packed for the hot and dry Spanish climate we head back to the van before the weather turned.  We actually made it just in time. 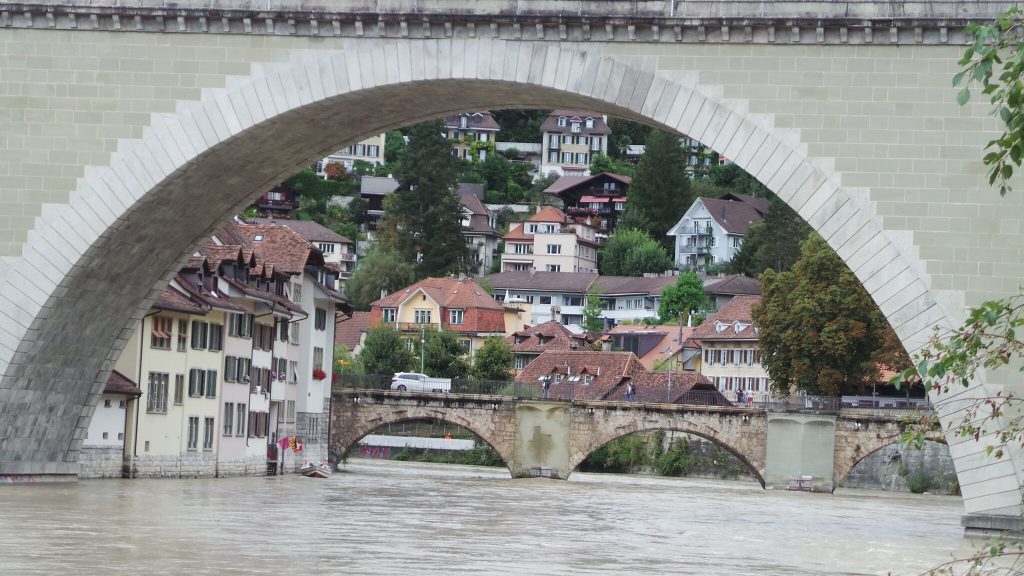 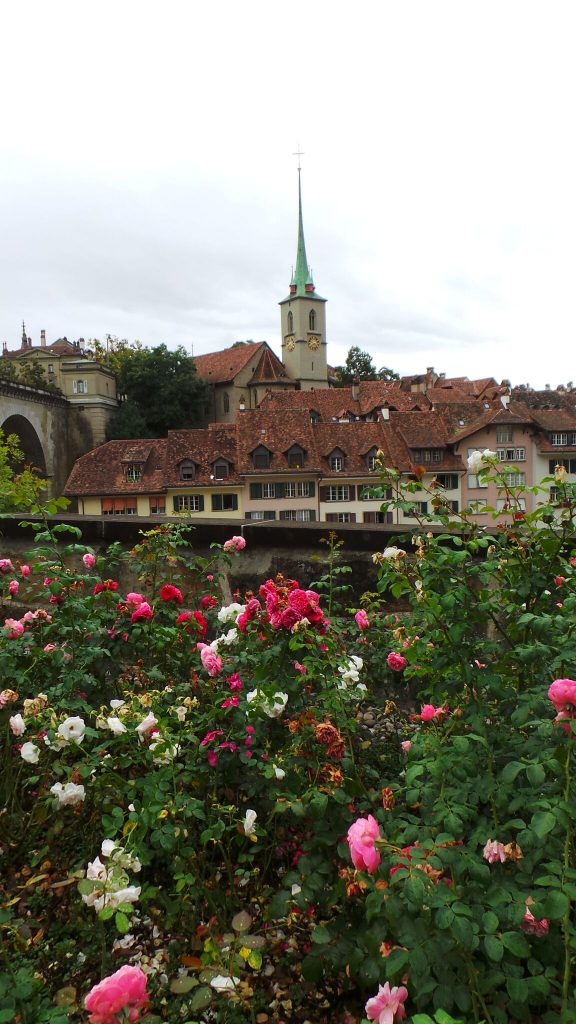 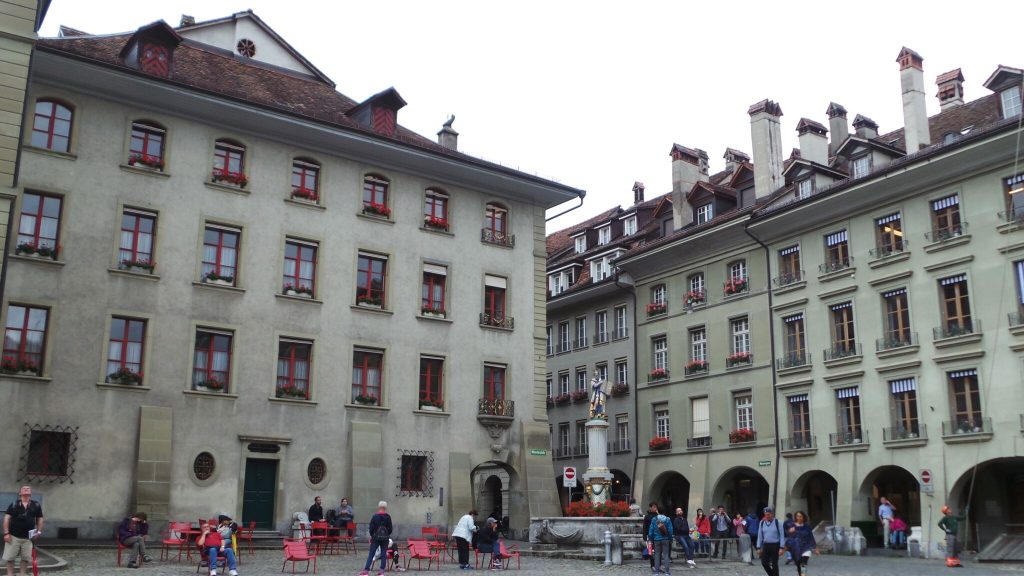 As we carried on our journey we set the way point to Girona, past a few big lakes. As we were on the motorway we failed to pass much of the lakes, so we set a detour and drove straight to them.  Much of the lakes are actually inaccessible due to shops and houses being built around the lakes,  but we managed to find a carpark next to the larger lake to eat our dinner, albeit separated by a chainlink fence. 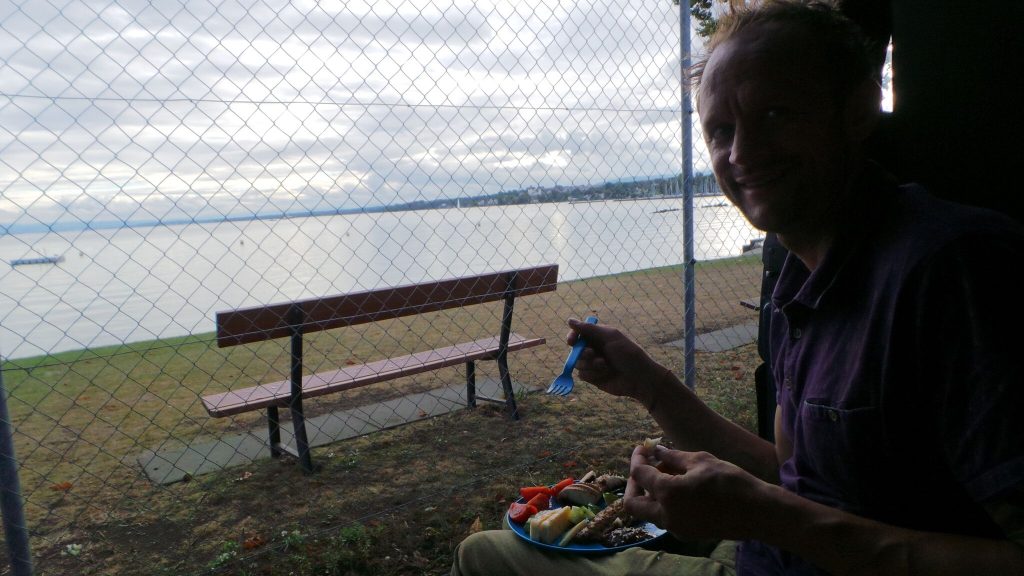 We spent a second night in a service station car park in southern France, and were joined by some very inconsiderate and loud campers late that evening.  By 6am we were up, ready and back on the road, a 10 hour drive to Pego which we were sure we could complete by the end of the day.

As the sun rose, so did the temperature.  My left arm took a battering form the sun through the window, so I strapped my hoodie to the window to limit the burning.  10 hours later, despite numerous stops we arrived safely to Pego, me with one very red arm.

Project Pego was about to restart.  We just needed a couple of days to recover form the 1600 mile journey!