Camping on Lady Musgrave Island, a coral cay on Australia’s great barrier reefs was one of the wonderful experiences we had during our visit to Australia. I often look back and remember the peace and tranquility that our trip to the Barrier Reef brought us. I have yet to share it on my blog.  So, after enjoying writing last weeks #TBT post, I’ve decided to carry on a weekly series.  Each week, I’m catching up on the travel tales which I’ve yet to write down, and sharing the photos which would otherwise sit on my hard drive…

Our visit to Lady Musgrave Island was way back in 2006 during our RTW trip.  Neither Darren or I had heard of the Island until we rocked up to Bundaberg in our Wicked Camper.  We had no plans for our trip, so decided to book the boat and spend a few nights on the Great Barrier Reef. 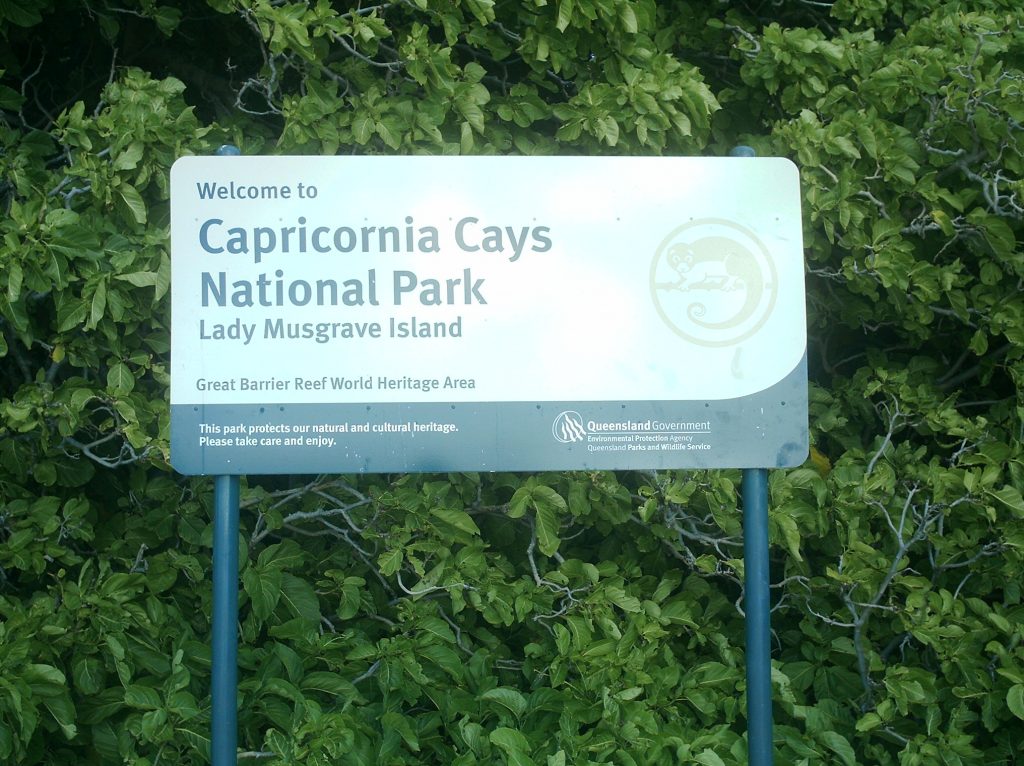 Forming part of the Capricornia Cays National Park, Lady Musgrave Island has no fresh water, and only a composting toilet.  You need to be entirely self sufficient to camp, taking everything you need with you, and leaving no trace when you go.  We deconstructed the camper, taking the large water container, gas cooker and ice box along with our comfy sleeping bags and nice new tent.  We also made sure we had strong enough arms for goon, snorkels and books.  With only a handful of other campers, no electricity and the ability to walk the perimeter in 30 minutes, we were in for a relaxing  few days.

Leaving the Town of 1770, the boat to the Island was actually pretty choppy and the journey is the first time I ever remember getting seasick.  I found this photo of me smiling on the boat – others don’t look so happy. 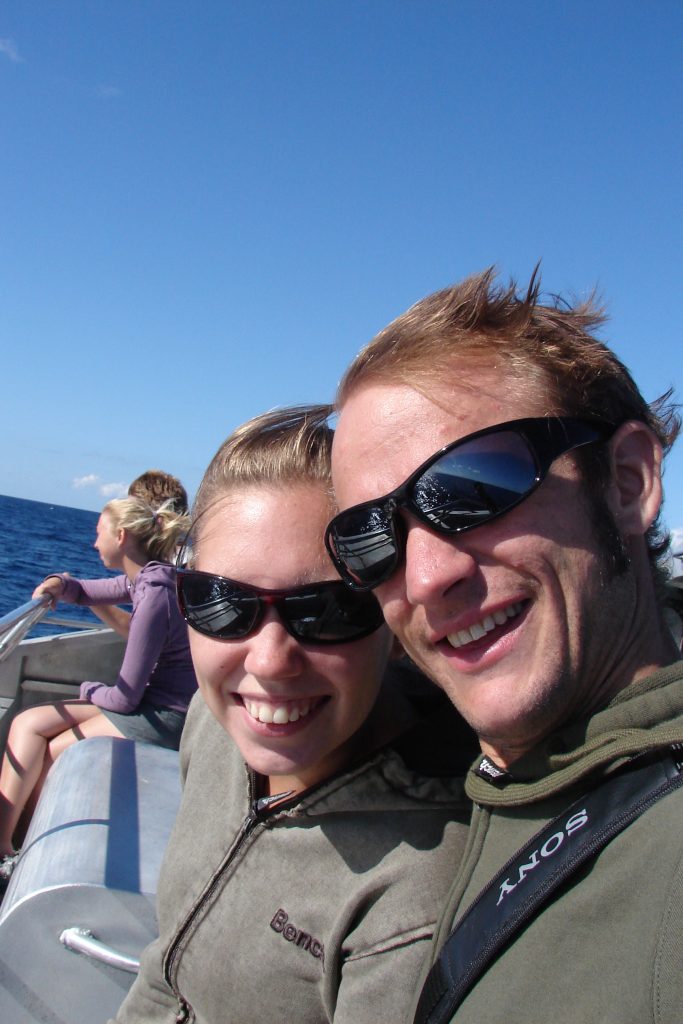 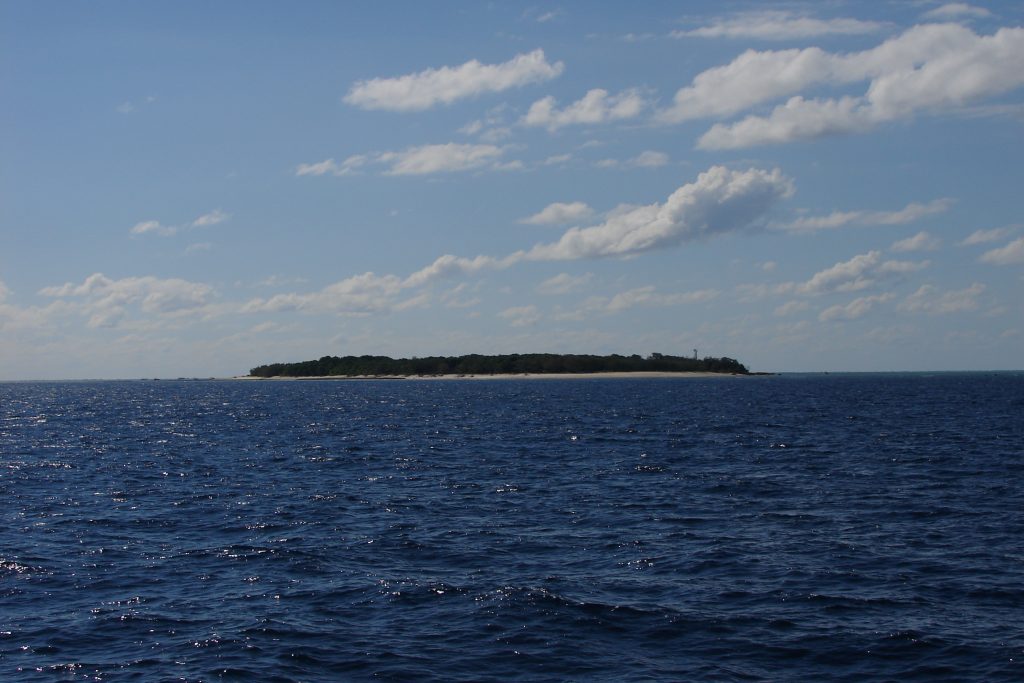 Although Lady Musgrave Island is a tourist attraction, with many day-trippers driving from the mainland, I don’t remember seeing many other people after we were dropped on the island.  We set up camp in the designated camp site.  There were a couple of other tents, but they were far enough from us to feel we had landed on a desert island. 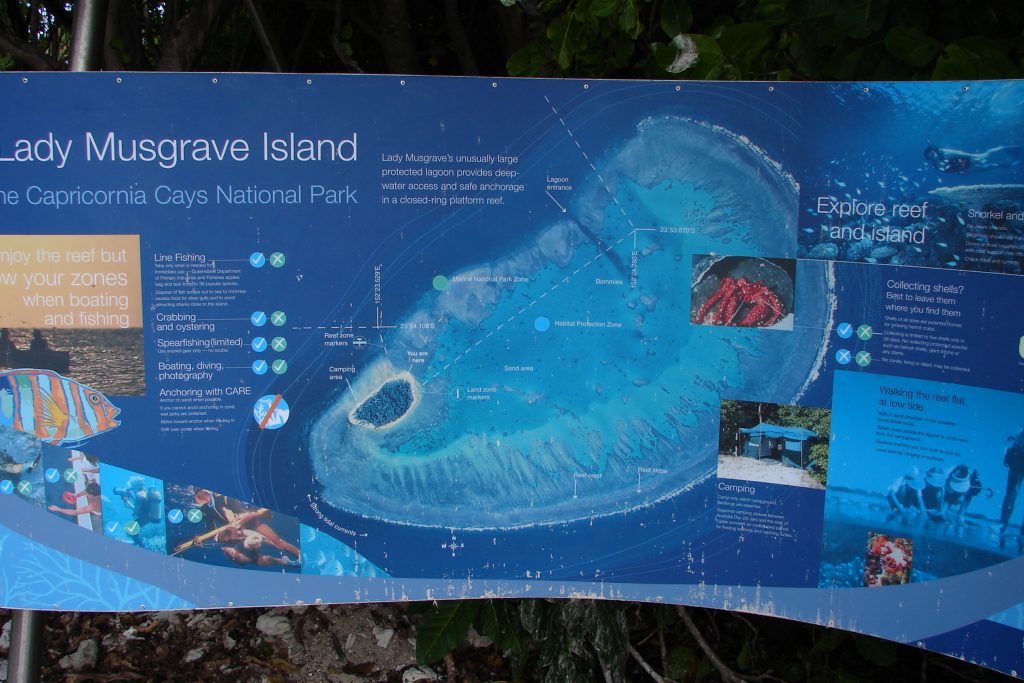 Our time on Lady Musgrave Island was as expected.  With the pick of the coral covered beach to stop on we found plenty of time to sit and watch the world go by. 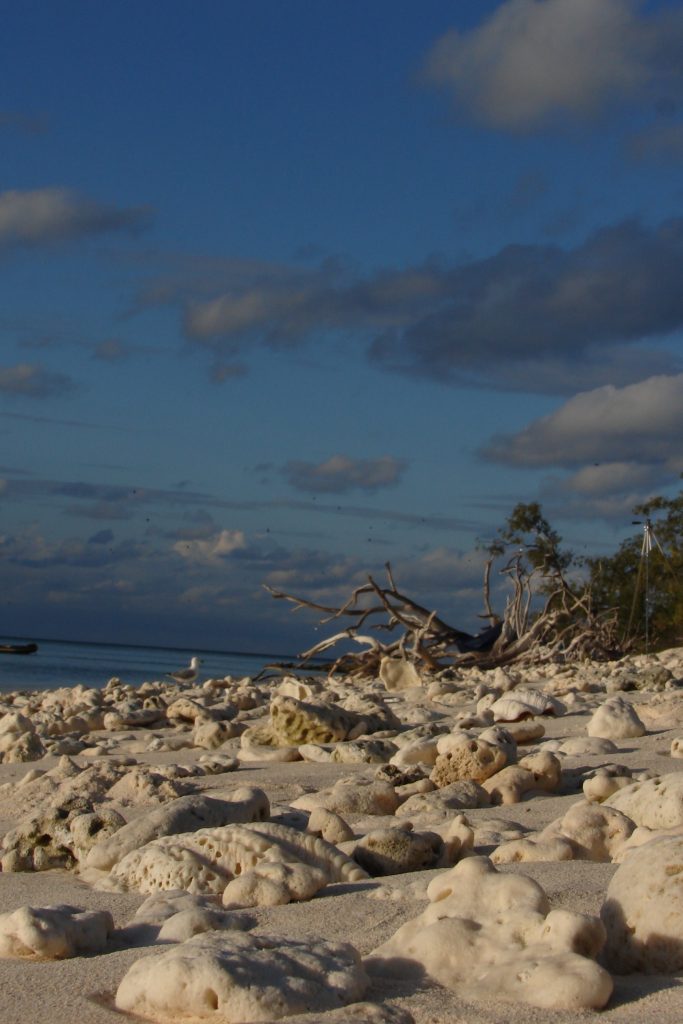 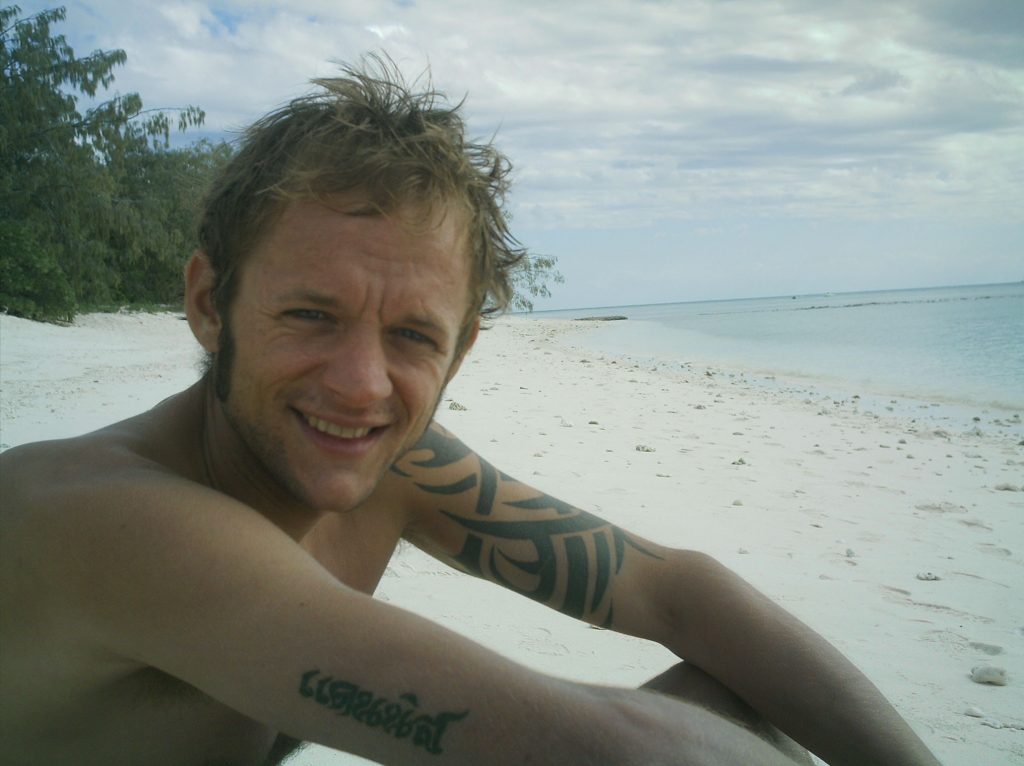 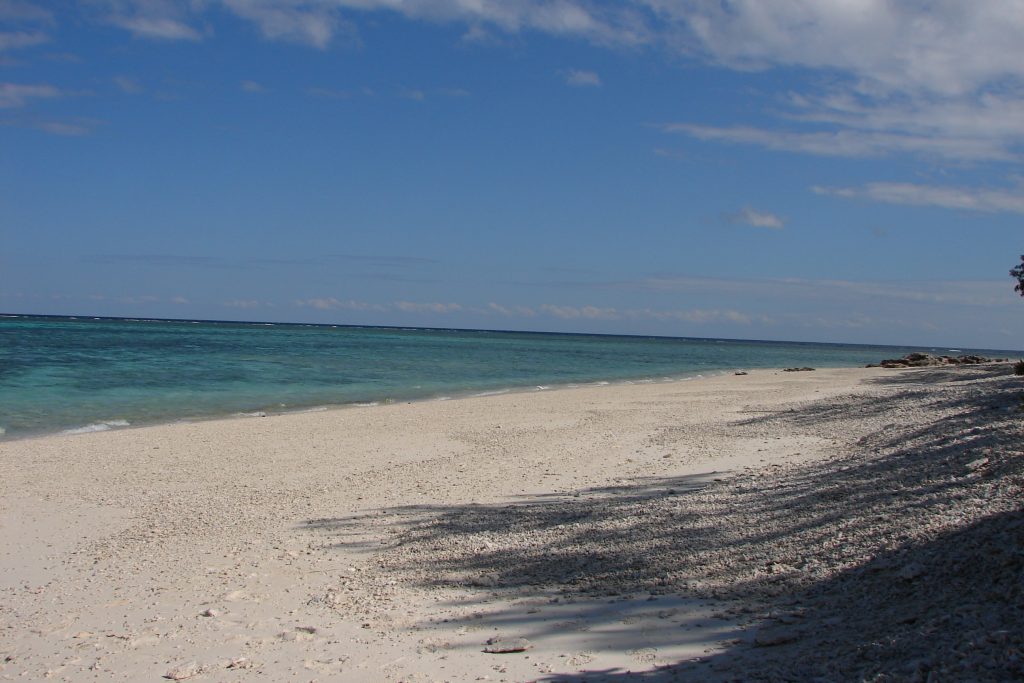 We had hours to make use of the new hammocks, and indulge in our new found love of the Dan Brown books.  I am sure we never posed this photo. 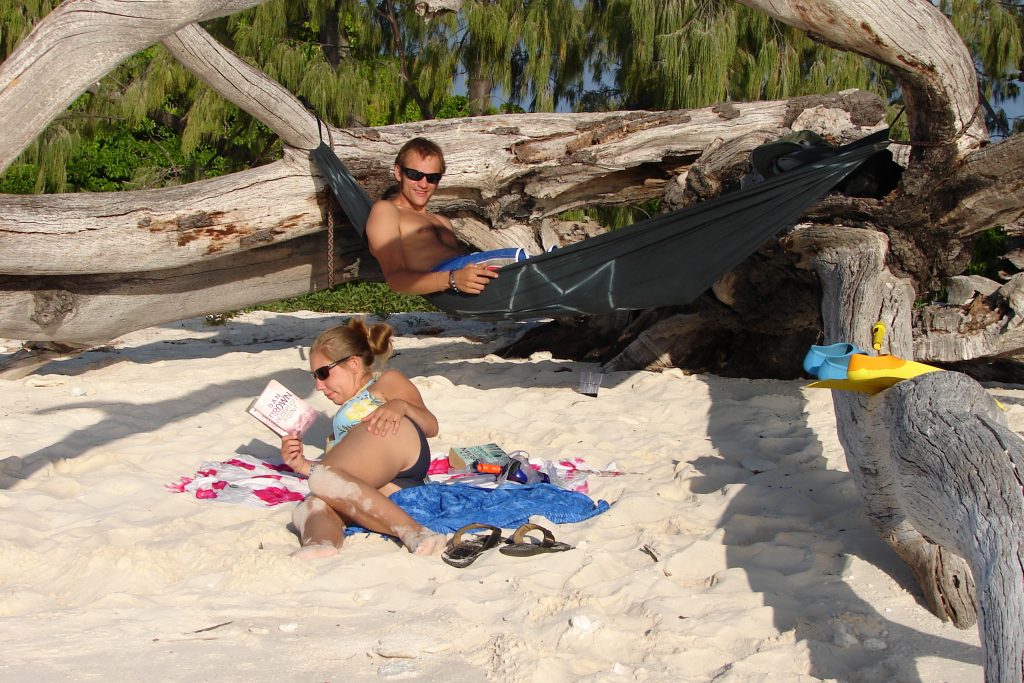 Whilst I stayed on dry land, Darren went snorkelling.  I love this photo.  It looks like something out of bay watch! 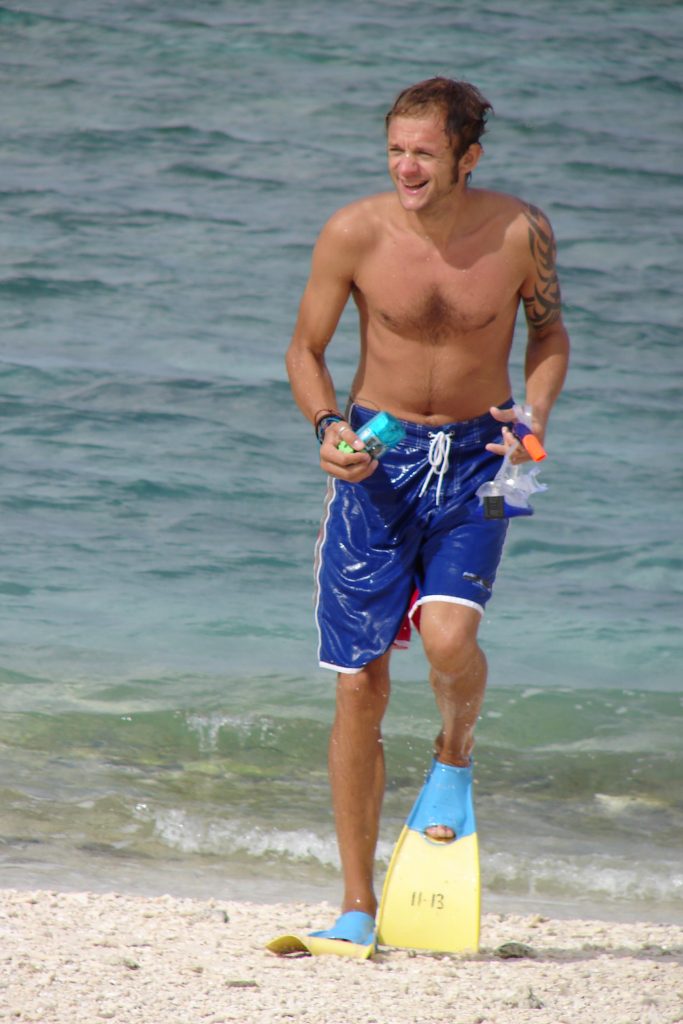 With a lack of technology (which to be fair was still in its basic form back in 2006) we had lots of time to appreciate the scenery.  There is a lot of wildlife on Lady Musgrave Island.  Despite our fairly naff digital cameras, we practiced taking photos of the multitude of birds who live on the Great Barrier Reef. 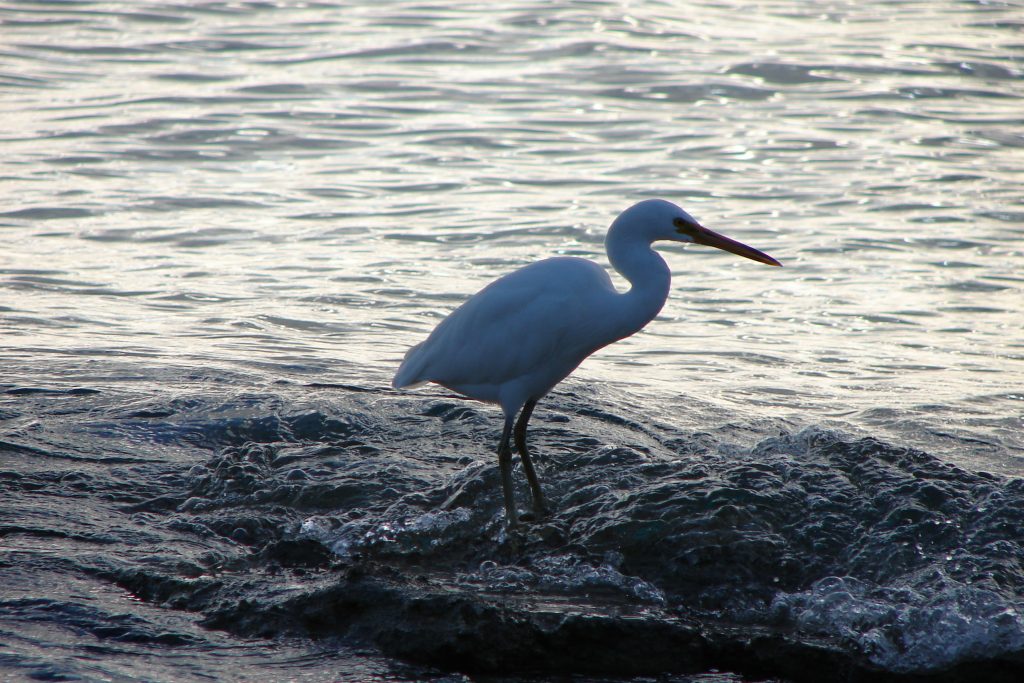 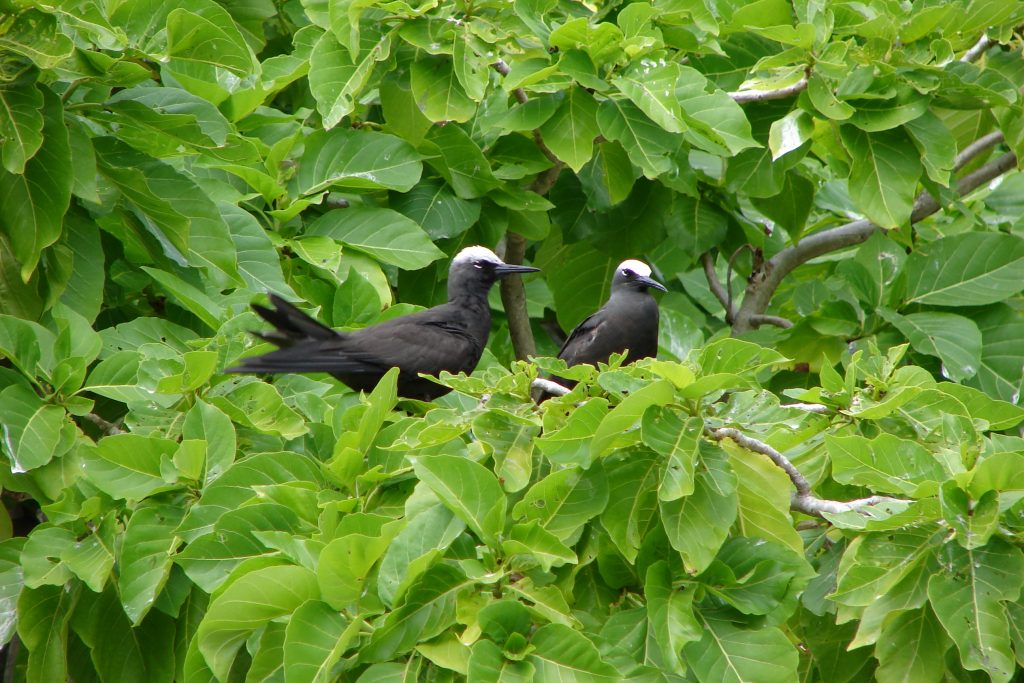 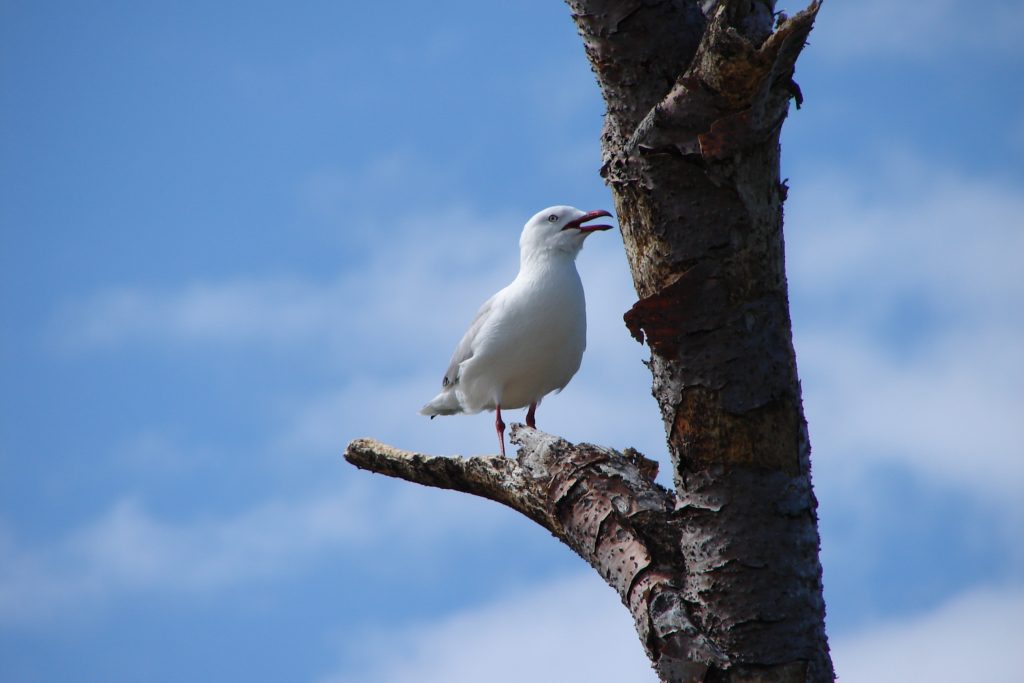 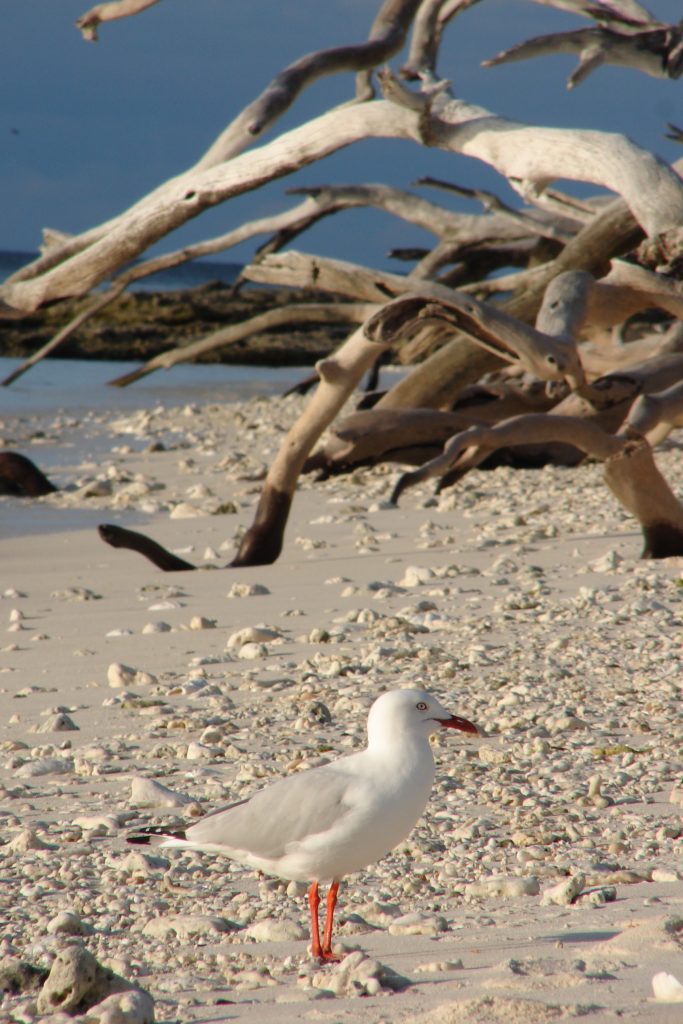 With our visit at the end of turtle hatching season, we were lucky to be able to watch some babies making their way to the ocean.  Only a very small percentage make it to the ocean and live into their adult years, so we helped this little fella on his way. 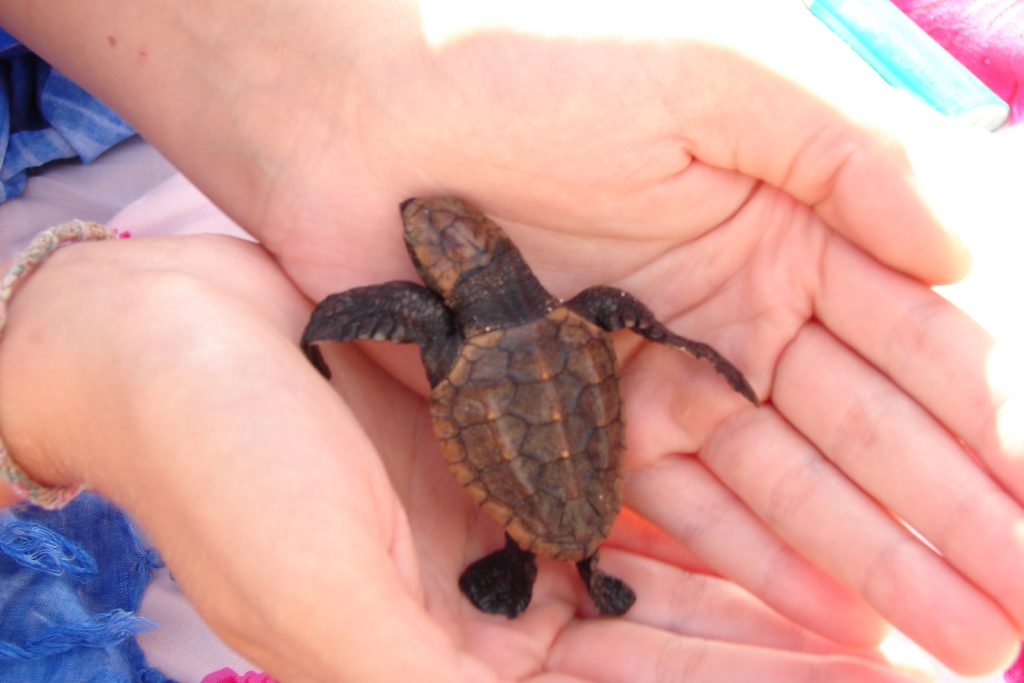 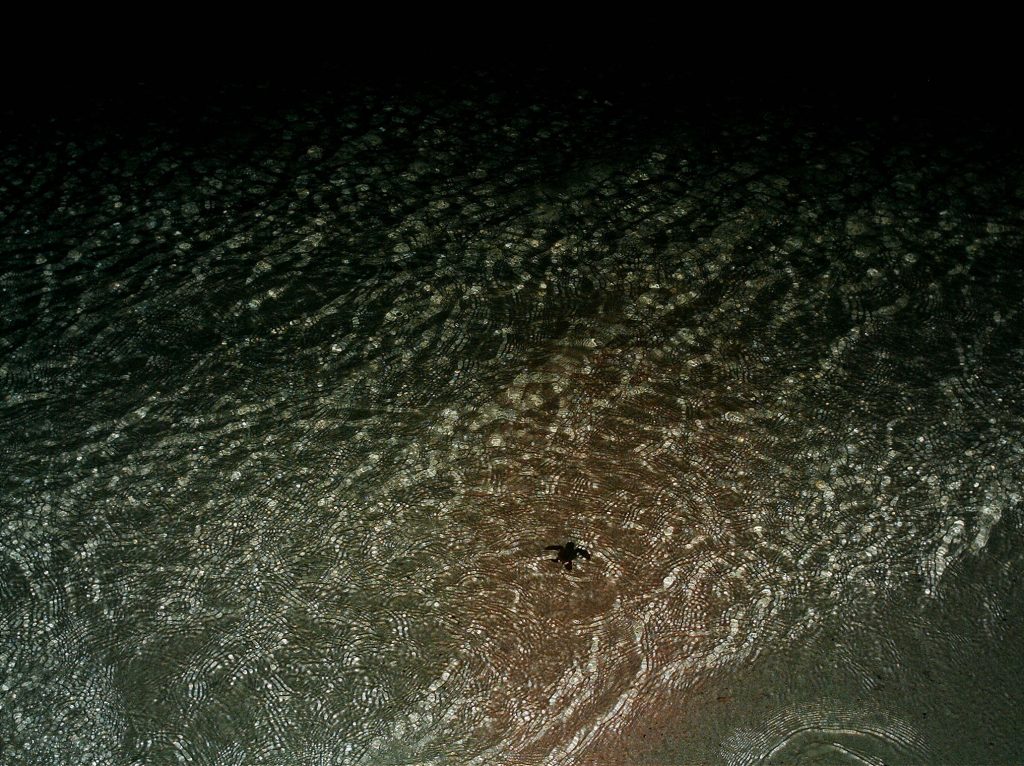 We soon learnt however that you can’t mess with nature.  After he reached the water a big fish came ashore and gobbled him up.  I feel bad to this day that our turtle didn’t make it to see what the 22nd century has to offer.  He did at least feel water, and not pass out on the way. (Equally, he could be she)

We had plenty of time to sit with a glass goon and watch the incredible sunsets as the day came to a close.  Its’s difficult to appreciate being somewhere where light pollution doesn’t exist. 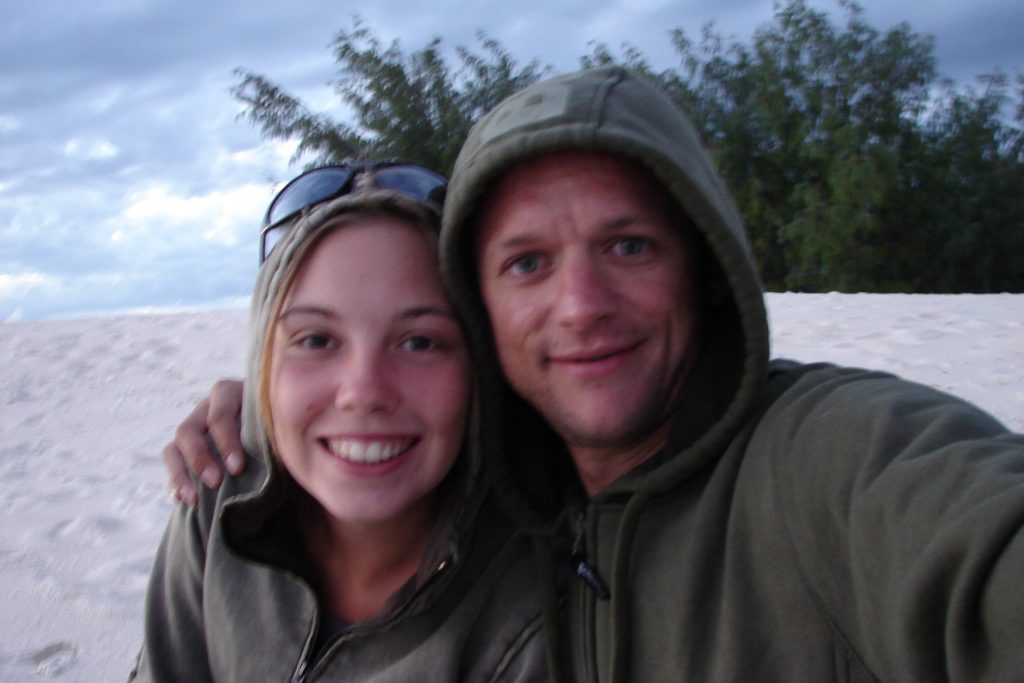 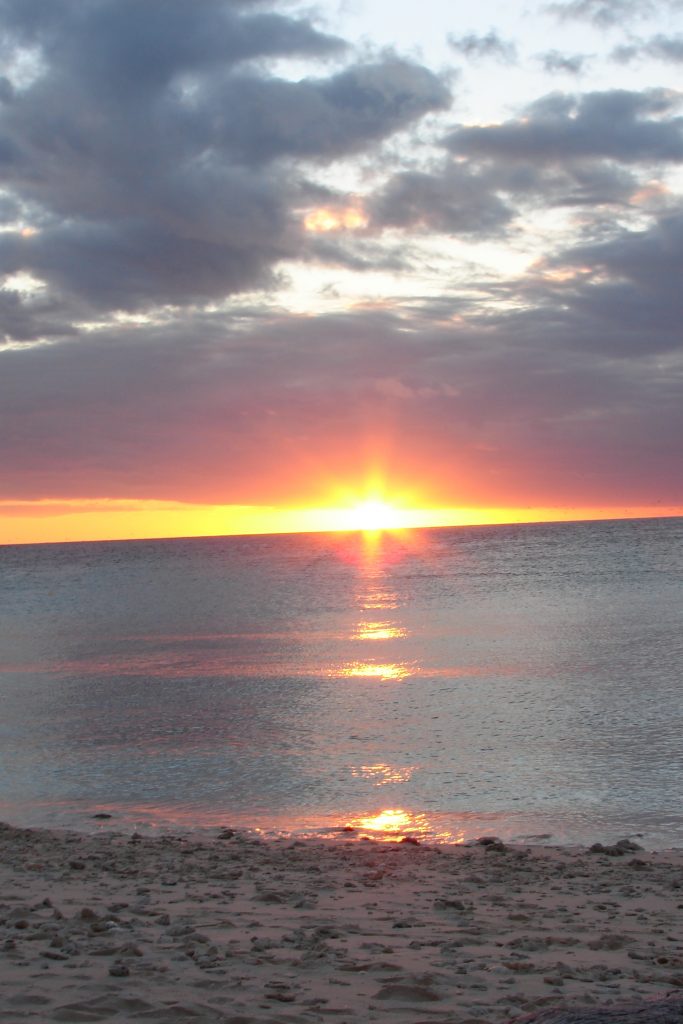 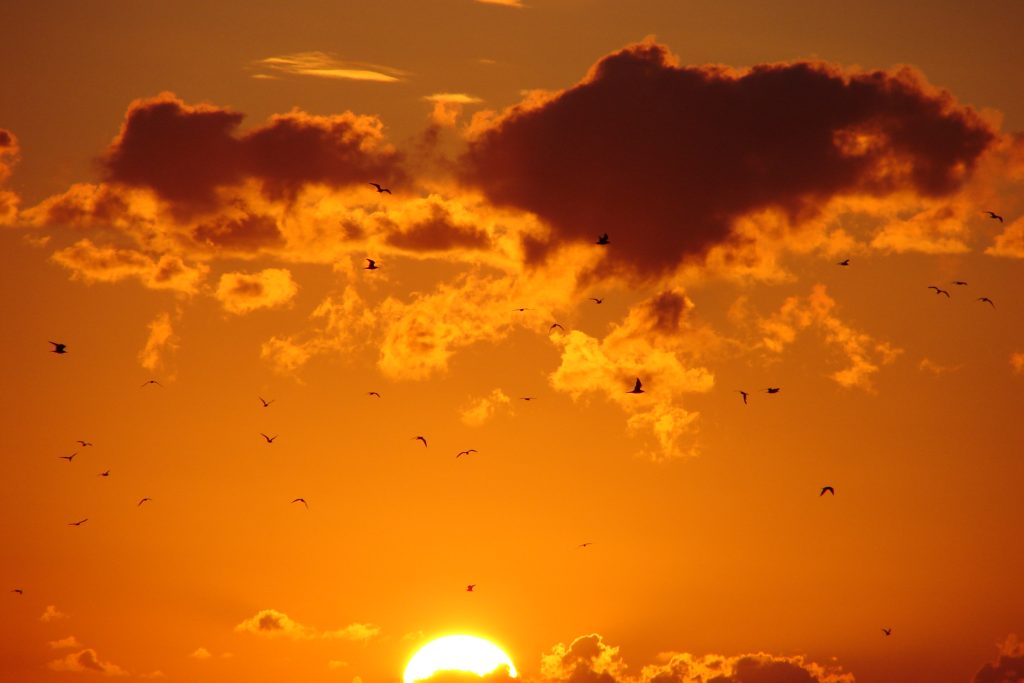 In the evenings, lit with an oil lamp, we enjoyed a typical campers fare of beans and pasta.  One afternoon, our fellow campers shared their catch of the day with us – the most humongous fish.  As they chopped some fillets off for us, the fish was still moving.  I doubt we will eat fresher fish again. 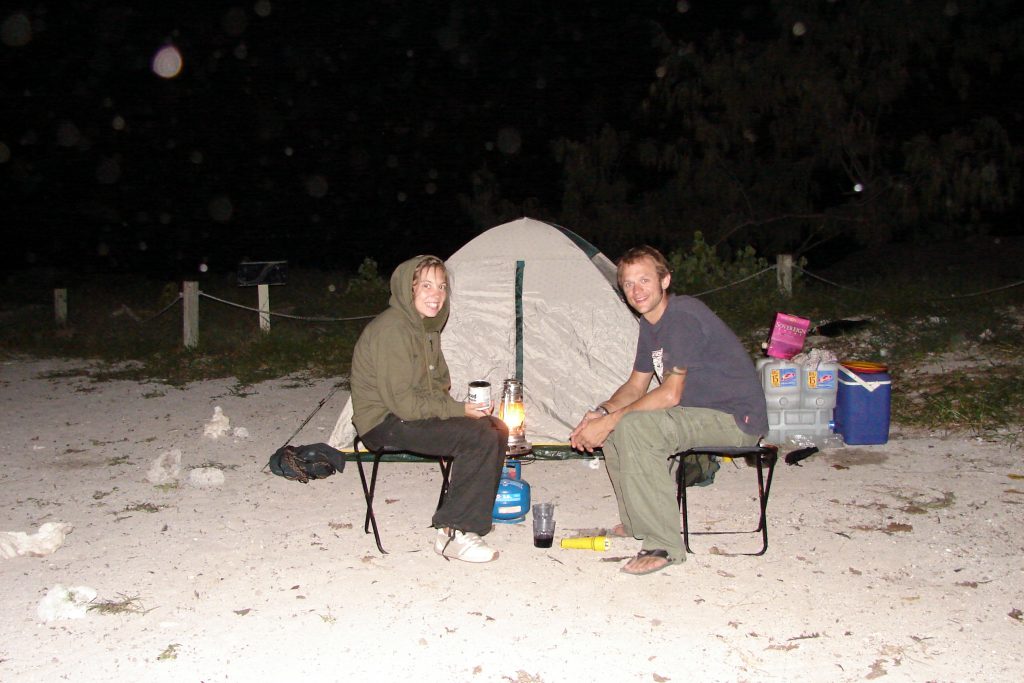 After a wonderful stay, we packed up our camping gear and waited for the speedboat back to the mainland.  We later found ‘home’ in the shape of the Bert Hinkler Memorial House, which was moved from our hometown of Southampton to Bundaberg, the birthplace of the Australian Lone Eagle! 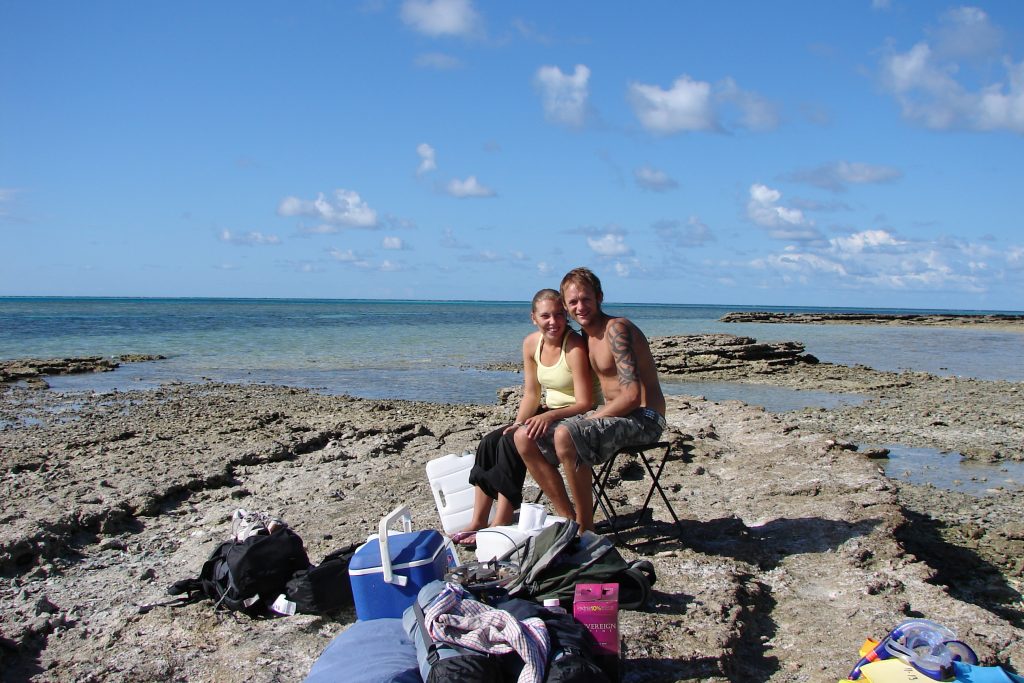 *This post contains affiliate links.  I may earn a commission if you purchase items I recommend, but this will be at no additional cost to yourself.