Earlier this week on a walk through Pego’s nature park, I picked a handful of ripe olives.  I was reminded of our time spent with our airbnb hosts in Dubrovnik.  In October 2015, we rented the most beautiful apartment above our host’s Vlada and Djenka’s home.  During our two weeks stay they, invited us to join them olive picking.

I had watched the locals harvest their olive crops from the side of the roads during our drive from Split to Dubrovnik, and olive picking was an activity that I wanted to do during our 6 week stay in Croatia.  I actually thought that I would have to go ‘scrumping’ for this experience, so when we were asked if we wanted to join our hosts, I jumped at the opportunity.  I suspect we were asked to join them as an couple of extra set of free hands.  Little did our hosts realised the impact this small request would have on us.

Vlada and Djenka’s olive trees are planted a few miles from their home in Mokosica, which is just outside of the UNESCO town of Dubrovnik in Croatia.   Their plot, high above the sea level has the most phenomenal mountain and sea views! 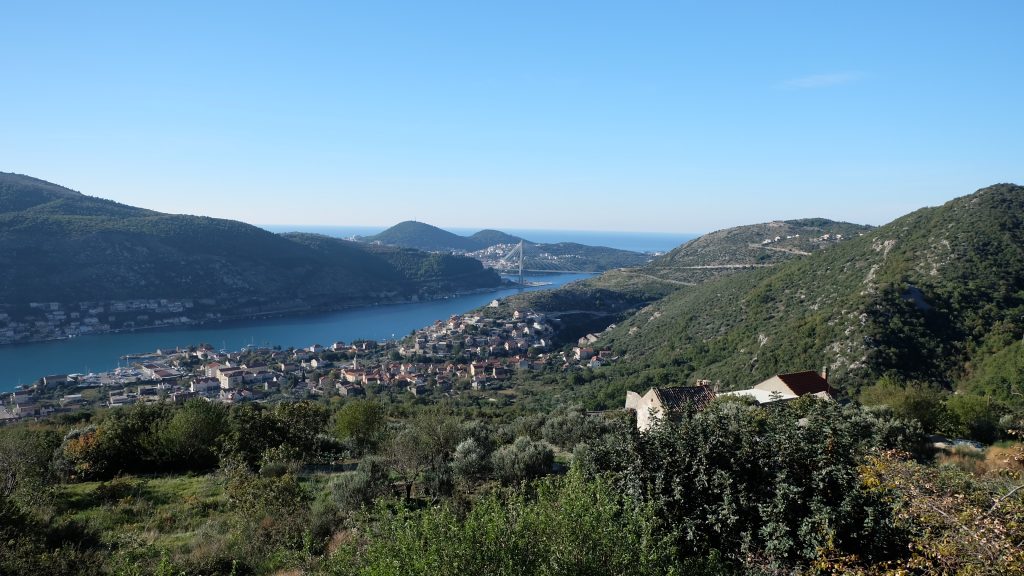 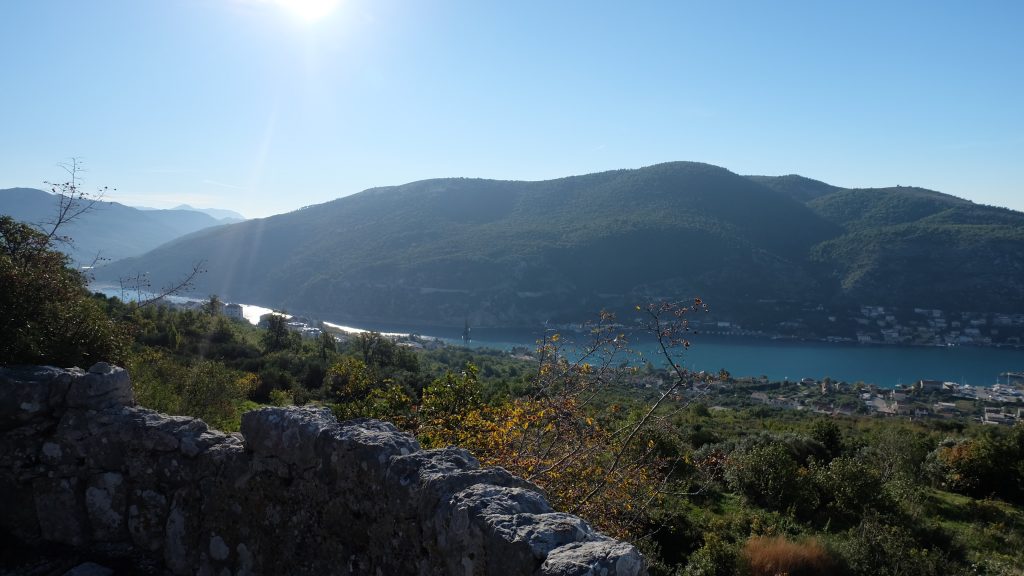 As we set off for our day of hard graft (olive picking is very hard graft) Vlado explained the olive groves are on a plot of land which was previously their family home.  Before we began picking the olives, Vlado took us to view the ruins of his former home. 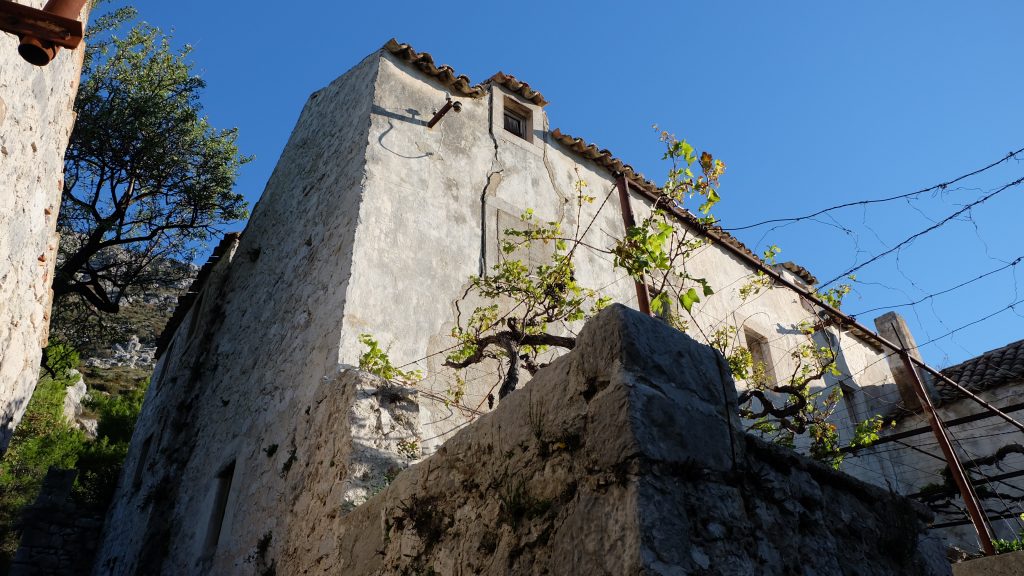 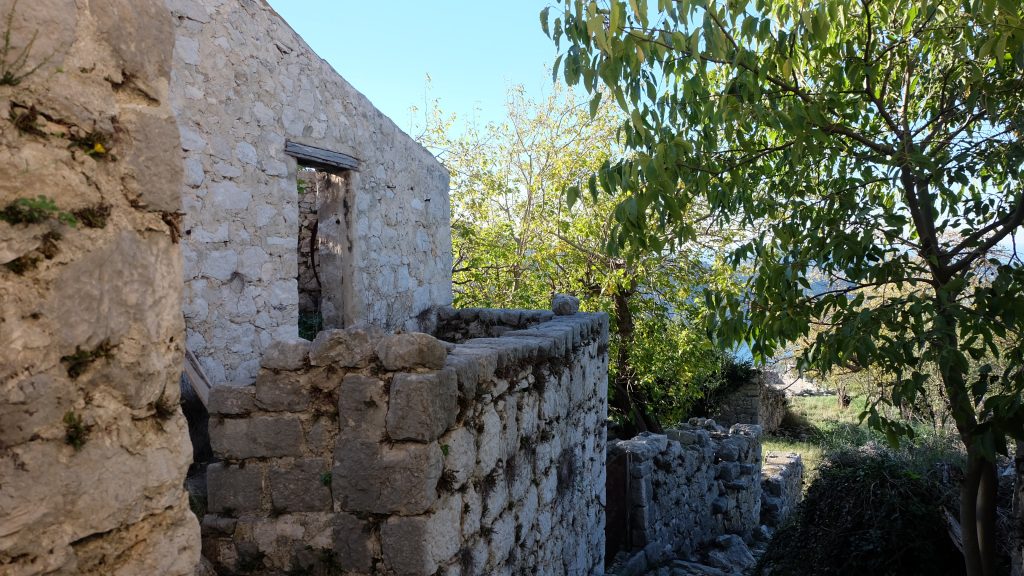 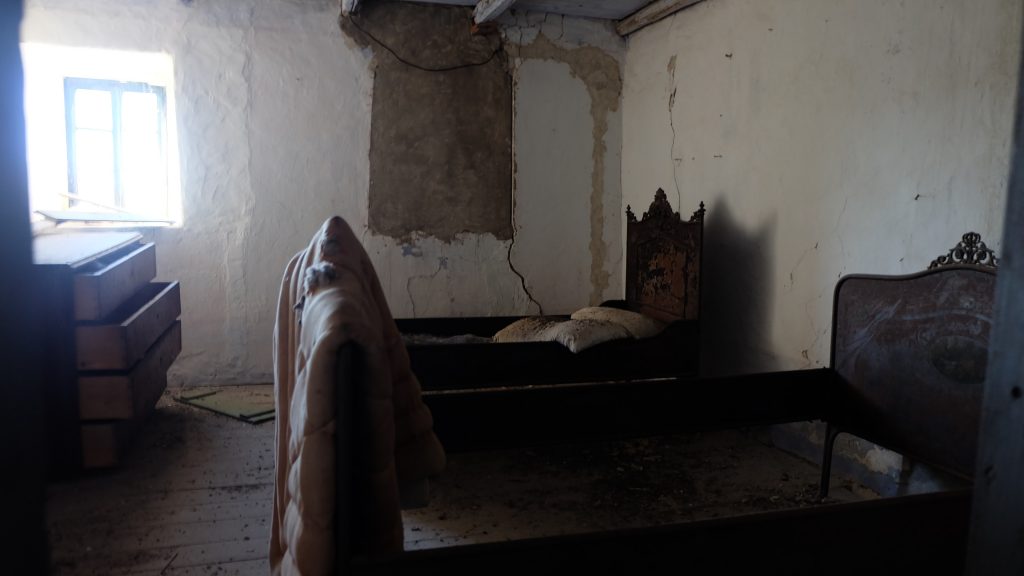 As we walked around, Vlado began to explain his life prior to and during the Croatian Homeland war (known also as the Croatian War of Independence).  With their home so close to the border of Serbia, enemy forces were often attacking close to their property.  With Vlado fighting for his country and Djenka looking after their very young children, they had to flee their home.  Not long after fleeing, their property was attacked – next door having its entire roof bombed. 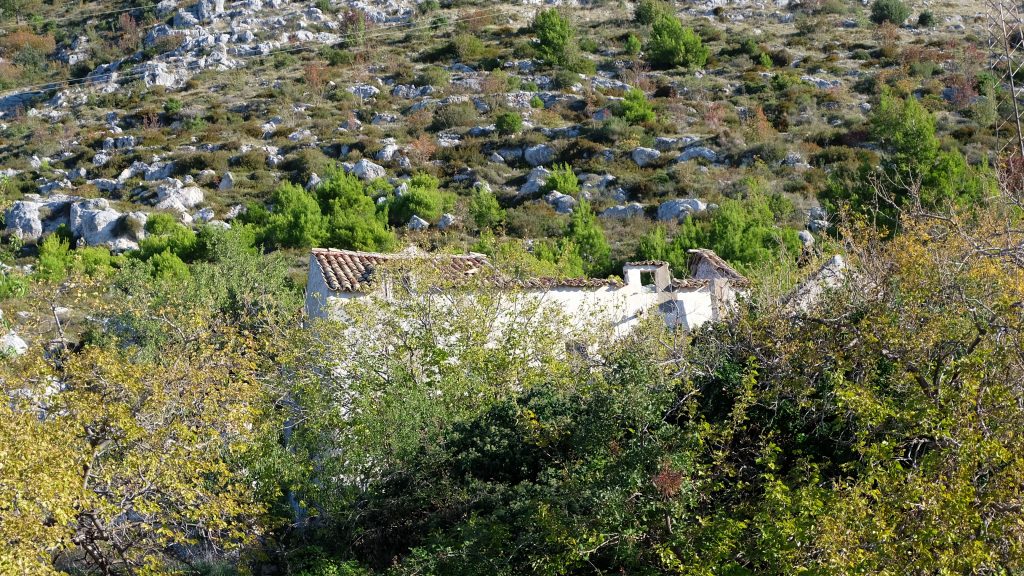 We took some time to reflect and imagine what life must have been like for Vlado and Djenka, and all the other families in Dubrovnik.  Tour complete, we set to work harvesting the olives.  After laying tarpaulins, I  gently picked the individual olives from the tree, but was soon handed a special tool to speed up the process. 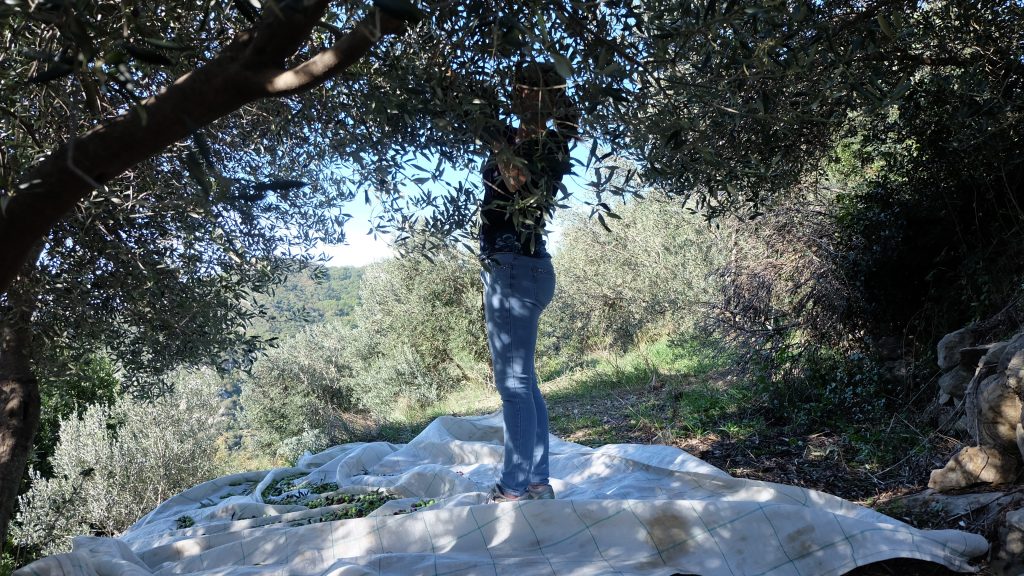 Just after 10:30am, Djenka started to prepare us a feast.  Fresh produce (domestic produce as they called it) 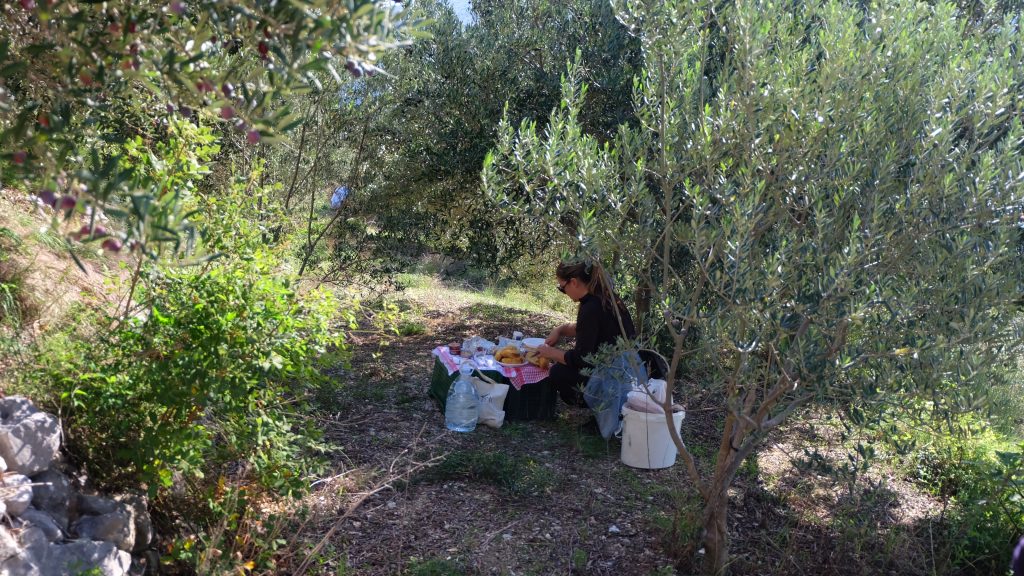 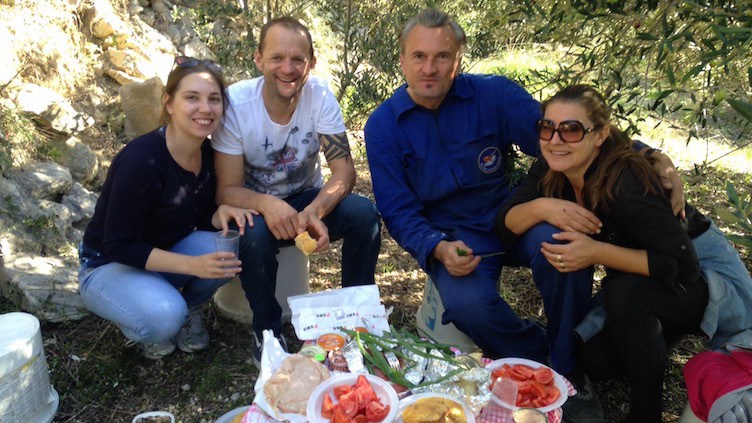 Having arrived in Croatia with no knowledge of the Homeland War (also known as The Croatian War of Independence), Darren and I spent a lot of out time in Croatia visiting museums trying to learn about this topic, but getting a first hand account of a real persons life, only 20 years ago was incredible and humbling.  We found ourselves feeling so lucky to have been born in the UK, a country which is generally so safe and welcoming compared to so many others which we have visited.

The situation in Croatia has improved drastically for its occupants, but it was interesting to hear how life has moved on since the end of the of the war in 1995.  Croatia is one of my favourite places in the world – and certainly my favourite European country.  It is  phenomenally beautiful, clean, fairly cheap, but above all has the most wonderful people as residents.  If you haven’t visited this little gem, you should.  And if you are heading to Dubrovnik, make sure you check to see if Vlado and Djenka have room for you to stay.  (Just be aware that their bookings are managed by a helpful chap called Bozenko)

I thoroughly recommend Airbnb if you’ve yet to try it – both for visiting and hosting!  If you sign up via our referral link we can both save a few pennies on our next trip.

Last week, I read a blog post written by Leanne Downs who had a similar experience picking berries in Sweden.  You can read her post here: Rodon to Faxnalden to Halleborg.