After almost five months of renovations on our Spanish town house, there finally seems to be some light at the end of the tunnel.

We don’t actually have any lights upstairs which is where today’s update is coming from.  But, we must be able to see the light downstairs which is being emitted from the one and only bulb which works in the entire house.  And that my friends is enough for now!

Project Pego is the biggest, and probably most ridiculous challenge that Darren and I have ever taken on.  As the months have pressed on, we’ve questioned again and again why on earth we decided to buy a ‘holiday home’.  A house which has so far proved to provide none of the holiday, and none of the home that we were looking for.

Although we have worked bloody hard, most of the changes so far have been structural.  We’ve fitted a brand new roof, new double glazing and made lots of layout changes.  We’ve probably been to the tip 100 times to get rid of the rubble.  There didn’t seem to be any noticeable improvement – I mean, who actually looks at a roof?

We bought a house that had been uninhabited for over 50 years.  But the more work we did the further away it looked like from looking like a home.

Light at the end of the tunnel

As of this week, we finally have a room which resembles a house.  A home!  And what a room it is.

Once the small bedroom of the main house and the second storey of the old stable, we have magically created a beautiful ensuite master bedroom. 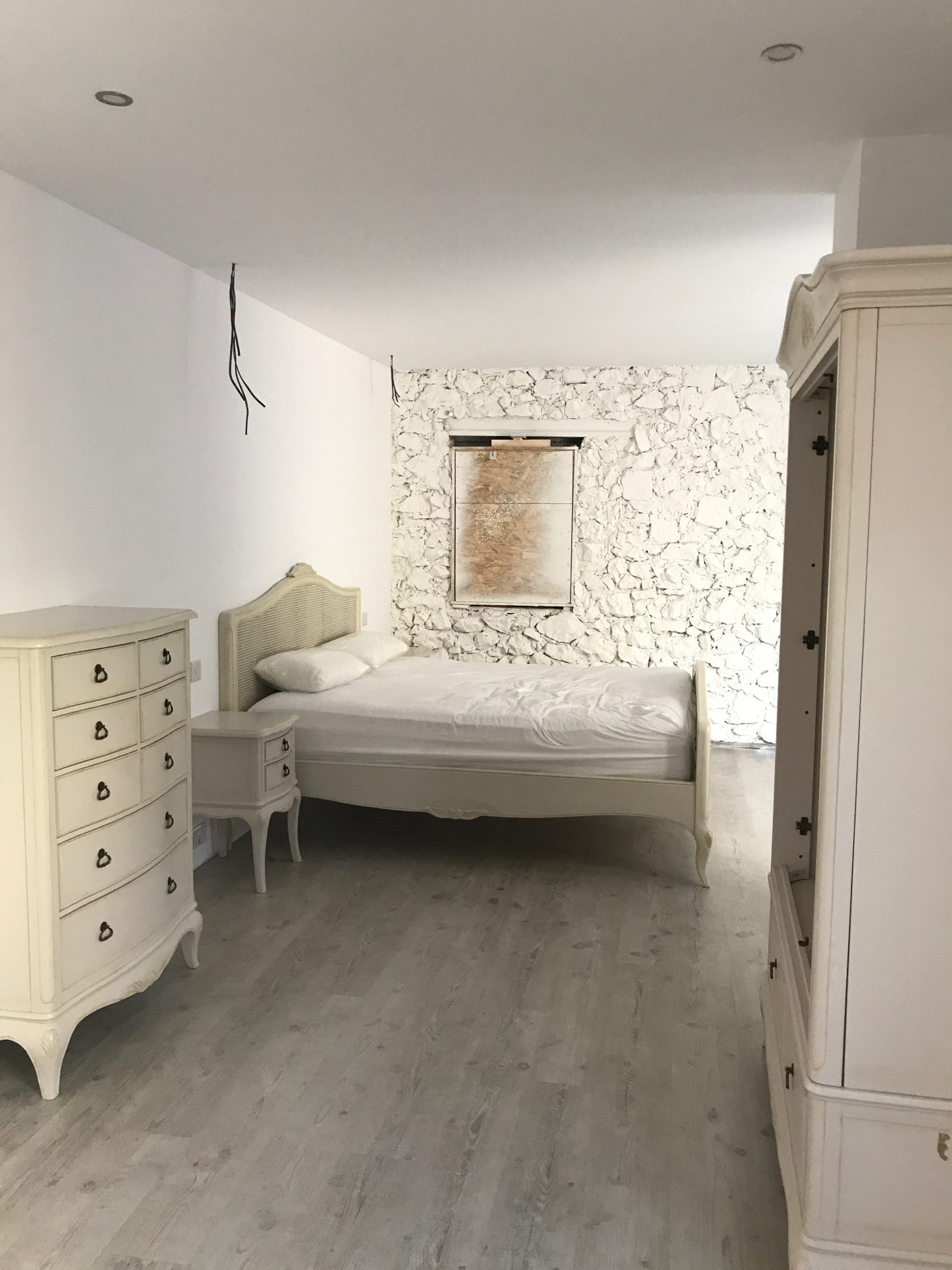 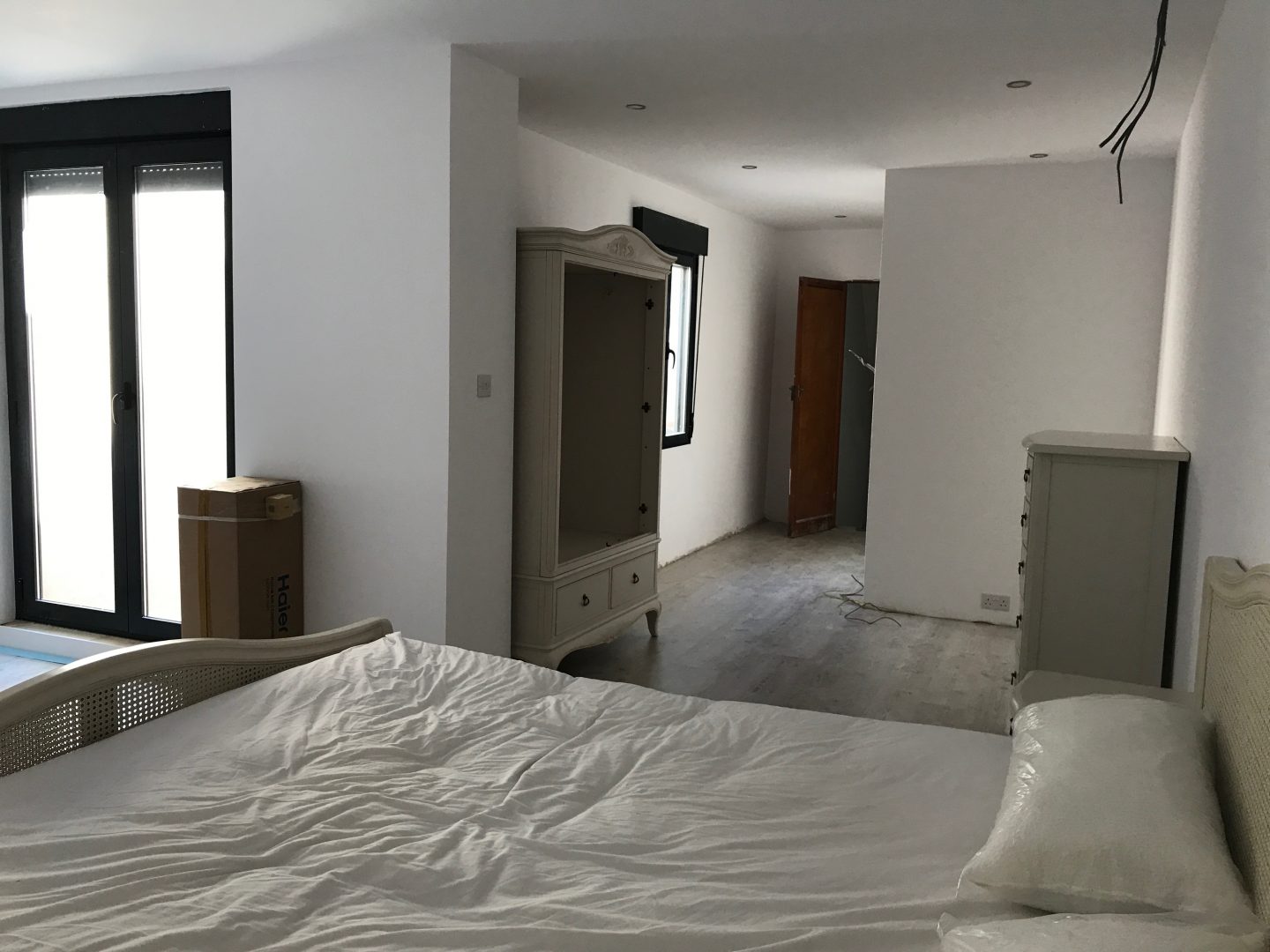 It may not be completely finished, but we have crisp white walls – apart from the bit which has been poo’d on by a rogue sparrow.  We have beautiful laminate flooring with under floor heating – which we ironically  fitted in 38 degree heat.  We have wiring in place for the best pendant lights I can find – I just need to find them.  We have a gap for another window – and only a slight problem with planning (or lack there of).  And we have a beautiful bathroom with twin sinks – which aren’t quite twins as they have been made in different batches – so they are now ‘his & hers’.

Although the bathroom isn’t usable just yet as it need plumbing in, the lighting and heating isn’t wired up to the mains (which still electrocute us if we aren’t careful), and there are empty spaces for the dressing table and bath, we have a room which LOOKS LIKE A ROOM.

After weeks and weeks of hard graft, we can see the the light at the end of the tunnel.  But as Darren said today, it’s a bloody long tunnel.  So, we’ve already started on the next room….. 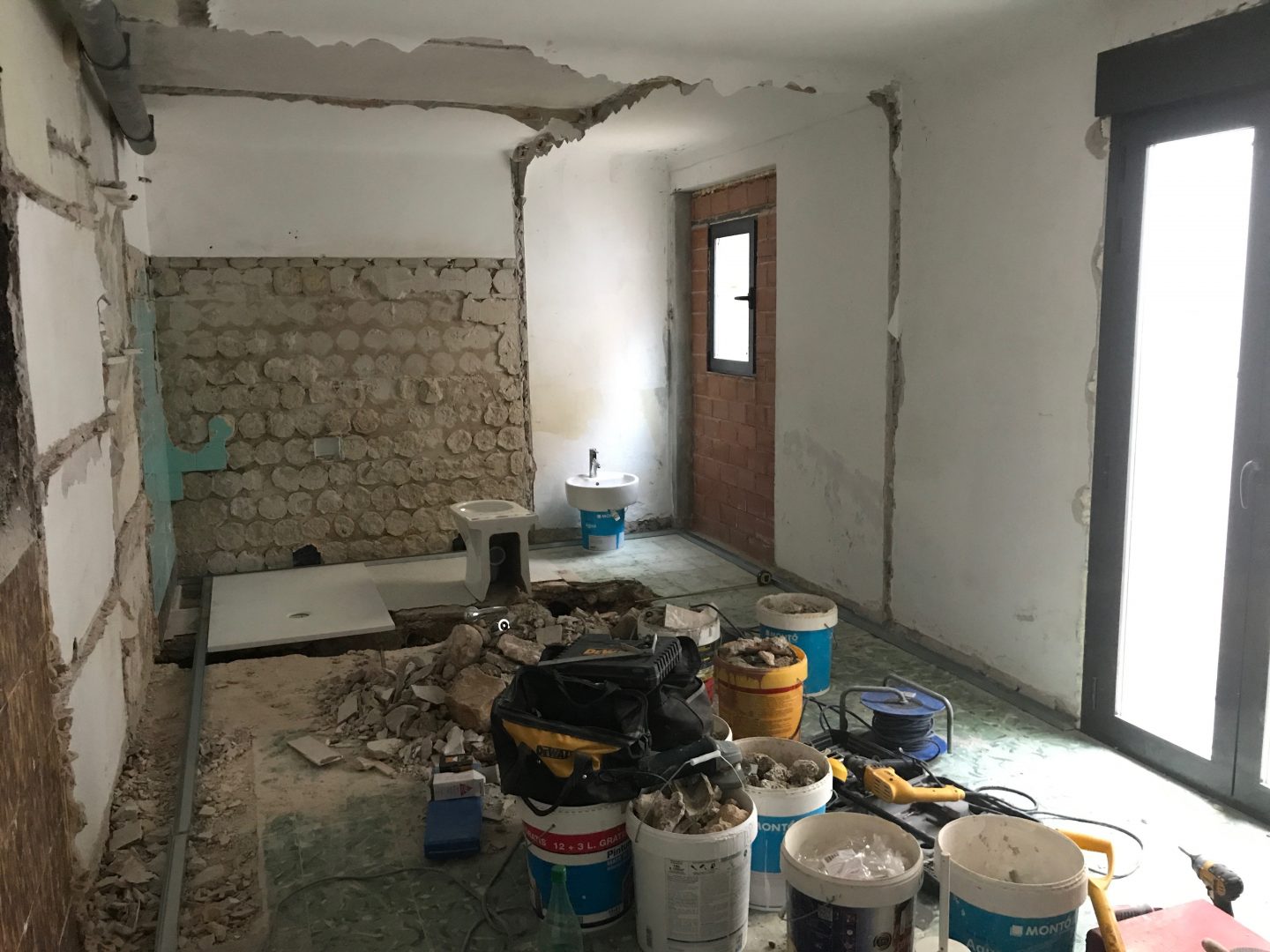 Catch up on our journey

If you haven’t read about our renovation in Spain before,  catch up on the blood, sweat and tears by reading the following posts:

5) Month Three: An Update of Progress at ‘Project Pego’ 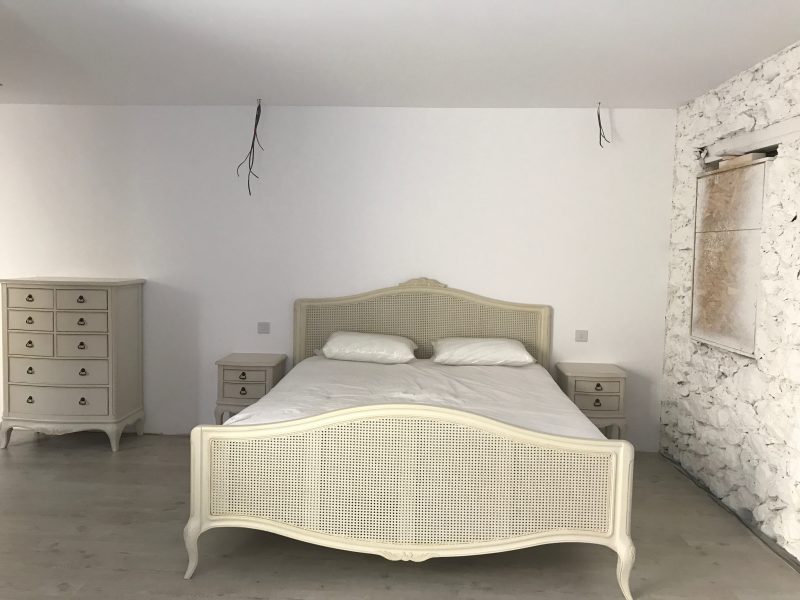